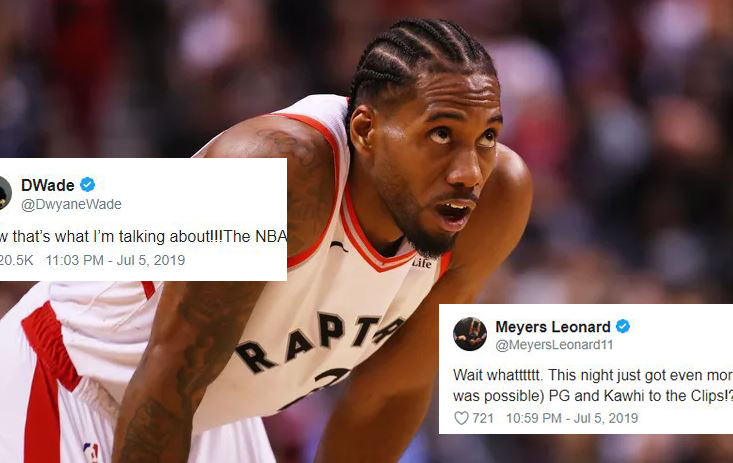 The NBA world erupted on Friday night, as it was reported by Chris Haynes of Yahoo! Sports that Kawhi Leonard will be joining the Los Angeles Clippers for the upcoming season.

Wait whatttttt. This night just got even more crazy (wasn’t sure that was possible) PG and Kawhi to the Clips!? Wow.

With the signing of Anthony Davis, the Los Angeles Lakers were expected to be favorites for the upcoming season. But with Leonard and Paul George joining an already-established Clippers team, the West looks to be a toss-up between both squads in Los Angeles.