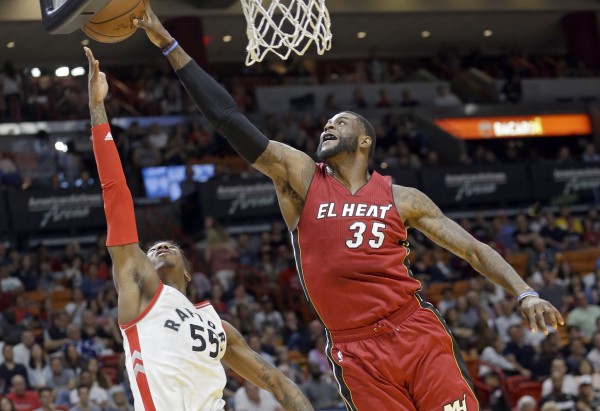 While the Miami Heat have been able to retain the vast majority of their talented youngsters and veterans this offseason, one player that did leave during the free-agency period was backup center Willie Reed. The 27-year-old center declined his 2017-18 option worth $1.6 million with the Heat and instead signed a one-year contract with the Los Angeles Clippers worth $1.5 million. Many felt Reed was worth a much larger contract, but by the time he signed, the free-agency frenzy had cooled down and Reed was forced to settle with what he was offered.

While it could be assumed that his minimal contract reflected what the league, and his former team, thought of him, Heat head coach Erik Spoelstra made it clear that Reed will be missed by the entire Heat organization.

“It is always tough in this league because it is a business,” Spoelstra said during a conference call leading up to Saturday’s NBA Africa game in South Africa. “But ultimately, you still want to be able to build relationships, communicate through the process of business. I called Willie right after he signed in L.A. and wished him luck and thanked him again for everything he did with us and his contributions this year. And obviously that relationship will continue. We’re always going to root for him.”

Spoelstra went on to say that he sees greater successes in Reed’s future.

“I think he’ll be a great fit there, coming off the bench. I think you’ll see a lot of what he provided us, but out there. So my philosophy on that is we’re always in the business to help players while we’re trying to build championship-level, competitive teams,” he said. “But we’re here to help players reach their dreams, as well. So if players do sign somewhere, I just hope it’s in the West and not in the East.”

Coach Spoelstra wasn’t the only one to spread the love. Reed took to social media to share his own gratitude towards the Heat by posting a slideshow of some of his career highlights in Miami.

“To The Heat Organization, Coaches, teammates, Arena staff, and fans I want to thank you from the bottom of my heart for helping me grow over this year,” Reed captioned the post. “The love you guys showed my family and I was incredible and we truly appreciate it. A new opportunity has arrived and my family and I are looking forward to this new journey.”