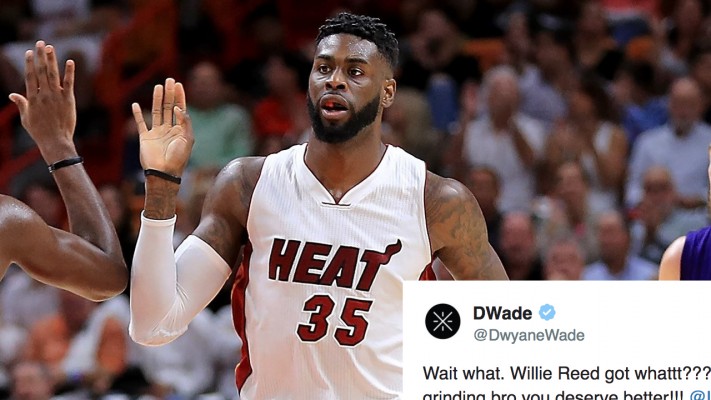 The Los Angeles Clippers and former Miami Heat center Willie Reed agreed to a one year, $1.5 million contract on Monday. The deal is being touted as excellent value for the Clippers, as Reed was one of the most talented backup big men still on the market, averaging 5.3 points and 4.7 rebounds in 14.5 minutes per game last season on the Heat.

While the deal may be a positive for the team, former Heat star Dwyane Wade took to Twitter to voice his shock and anger with the relatively small contract Reed received.

Wait what. Willie Reed got whattt???? Highway robbery. Keep grinding bro you deserve better!!! @LAClippers you got you one!!!

Wade uses Twitter as a way to congratulate fellow players and friends on accomplishments met and contracts signed, but this is one of the few instances where the 12-time All-Star expressed genuine displeasure with the news of a contract signing.

The three-time NBA champion is clearly not worried about stirring the pot in Los Angeles. Hopefully Reed takes his advice and keeps grinding to earn himself a more valuable contract in the near future.
[xyz-ihs snippet=”HN-Native-EndofArticle”]