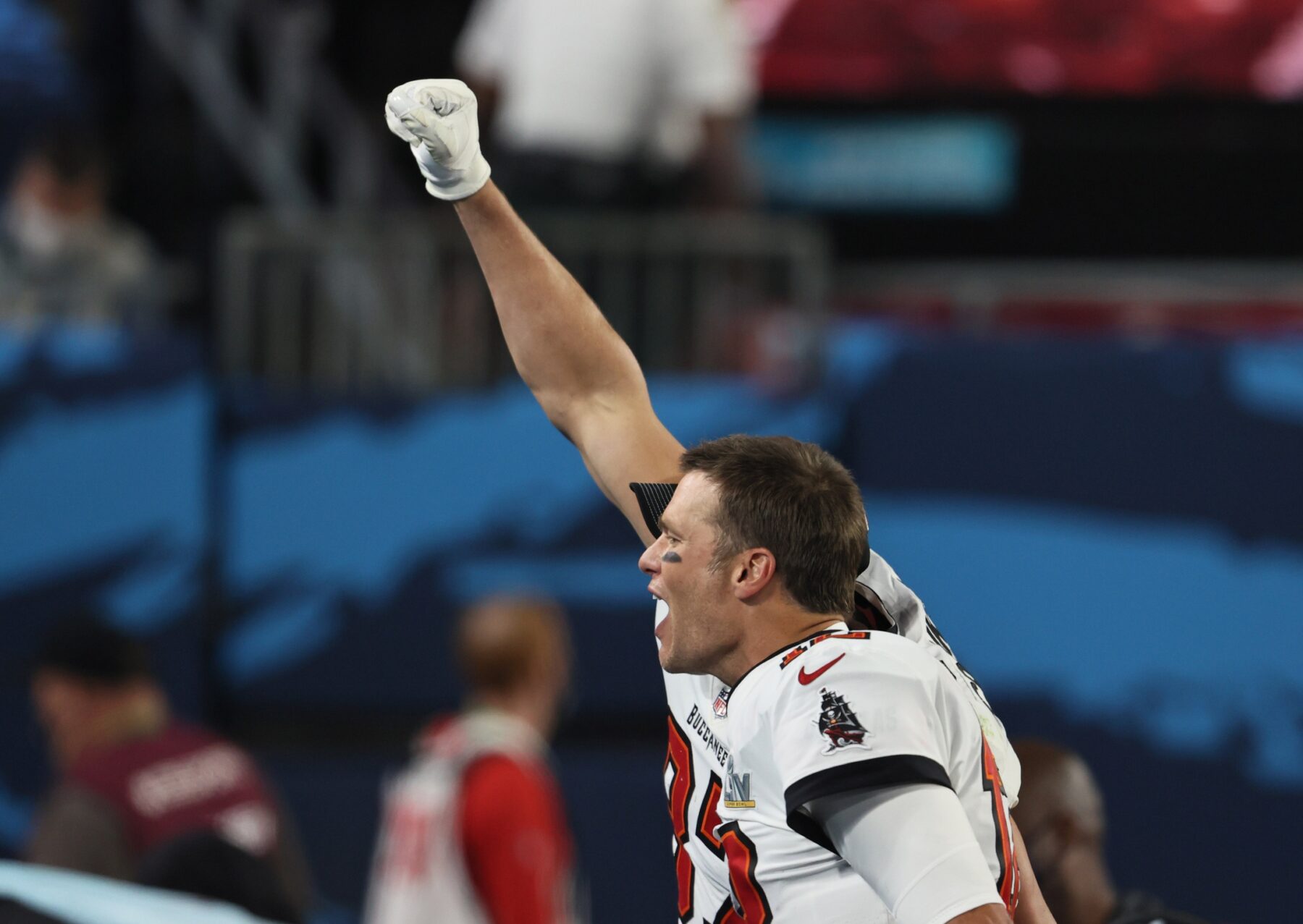 Brady joined the Bucs this past offseason after 20 seasons with the New England Patriots.

The Bucs hit a rough patch at midseason, but they righted course and won it all, as their defense totally stymied Chiefs superstar quarterback Patrick Mahomes in Super Bowl LV.

Wade played with another all-time great in LeBron James not too long ago. In their four seasons together, Wade and James reached the NBA Finals each year, winning back-to-back NBA titles in 2012 and ’13.

Prior to playing with the Akron, Ohio native, Wade led Miami to its first NBA championship in 2006 against the Dallas Mavericks.