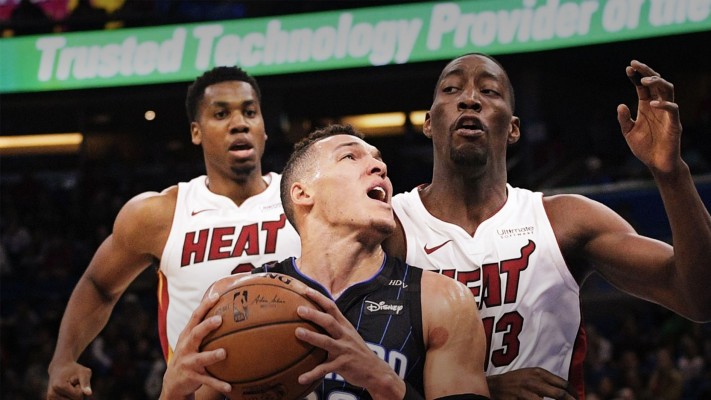 The absence of Miami Heat big man Hassan Whiteside has given rookie Bam Adebayo yet another opportunity to shine as of late.

In Friday’s win over the Los Angeles Lakers, Adebayo proved his worth and finished the night with 11 points, eight rebounds and two assists. While Whiteside is an undoubted asset to the team, Adebayo brings a whole different set of skills and strengths.

“[Adebayo’s] different. He’s more mobile and I think he’s better with the blitzes because he’ll get up on the ballhandler,” Dragic said of the differences between Adebayo and Whiteside. “They have different games. You cannot expect the same things from Bam that you do from Whitey. It’s the same as it is for any player. Every player gives us a different scheme or different attributes. Whiteside can dominate the paint, close the paint with blocked shots and rebounds. Bam can do the same thing in a different way.”

Dragic wasn’t the only one who had words of praise for the young center. Heat head coach Erik Spoelstra spoke on Adebayo’s game following the win over the Lakers as well.

“He was ferocious, on both ends,” Spoelstra said of Adebayo’s performance. “We played him the whole 12 minutes straight [in the third quarter]. We just couldn’t get him out of the game. That’s what you want to do with your minutes.”

Earlier this season, Adebayo picked up the slack when Whiteside missed substantial time with a knee injury back in December. The rookie center cemented his place in the lineup that month, averaging 8.2 points and 5.5 rebounds in 24.5 minutes per game.

While Adebayo’s usage may reduce a bit when Whiteside is healthy enough to return, that may still be several games away. The 7-footer has already been ruled out for Monday’s game against the Denver Nuggets with a lingering hip injury.

Until Whiteside’s return, it’s good to know that the Heat frontcourt still has loads of talent thanks to Adebayo’s invaluable contributions.
[xyz-ihs snippet=”HN-300×250-TextnImage”]