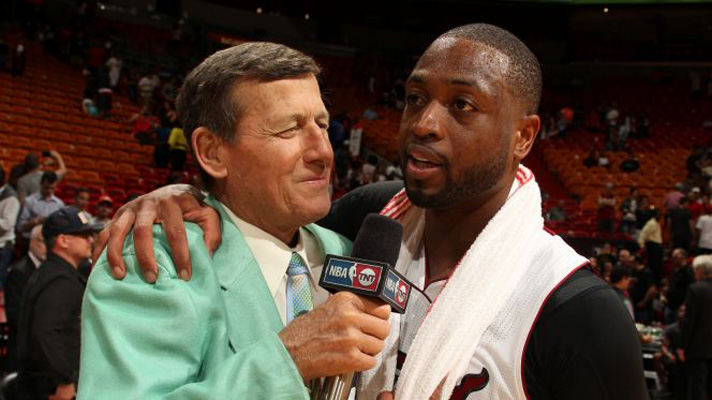 Miami Heat shooting guard Dwyane Wade is not only an All-Star on the court, but off the court as well. The three-time NBA champion plans on using his keen fashion sense to support TNT sports personality Craig Sager, who is battling against cancer.

As a part of his partnership with The Tie Bar, Wade will be selling exclusive ties and pocket-squares to benefit the SagerStrong Foundation, which partners with numerous organizations to provide help for cancer patients throughout their battles.

The tie can be seen below:

According to the Sun Sentinel, the special collection will be available online and at The Tie Bar’s store in Chicago on June 9. The neckwear will go on sale at a pop-up shop at 212 Bowery in New York City from June 9-12.

Way to be a role model, Wade.
[xyz-ihs snippet=”Responsive-Ad”]