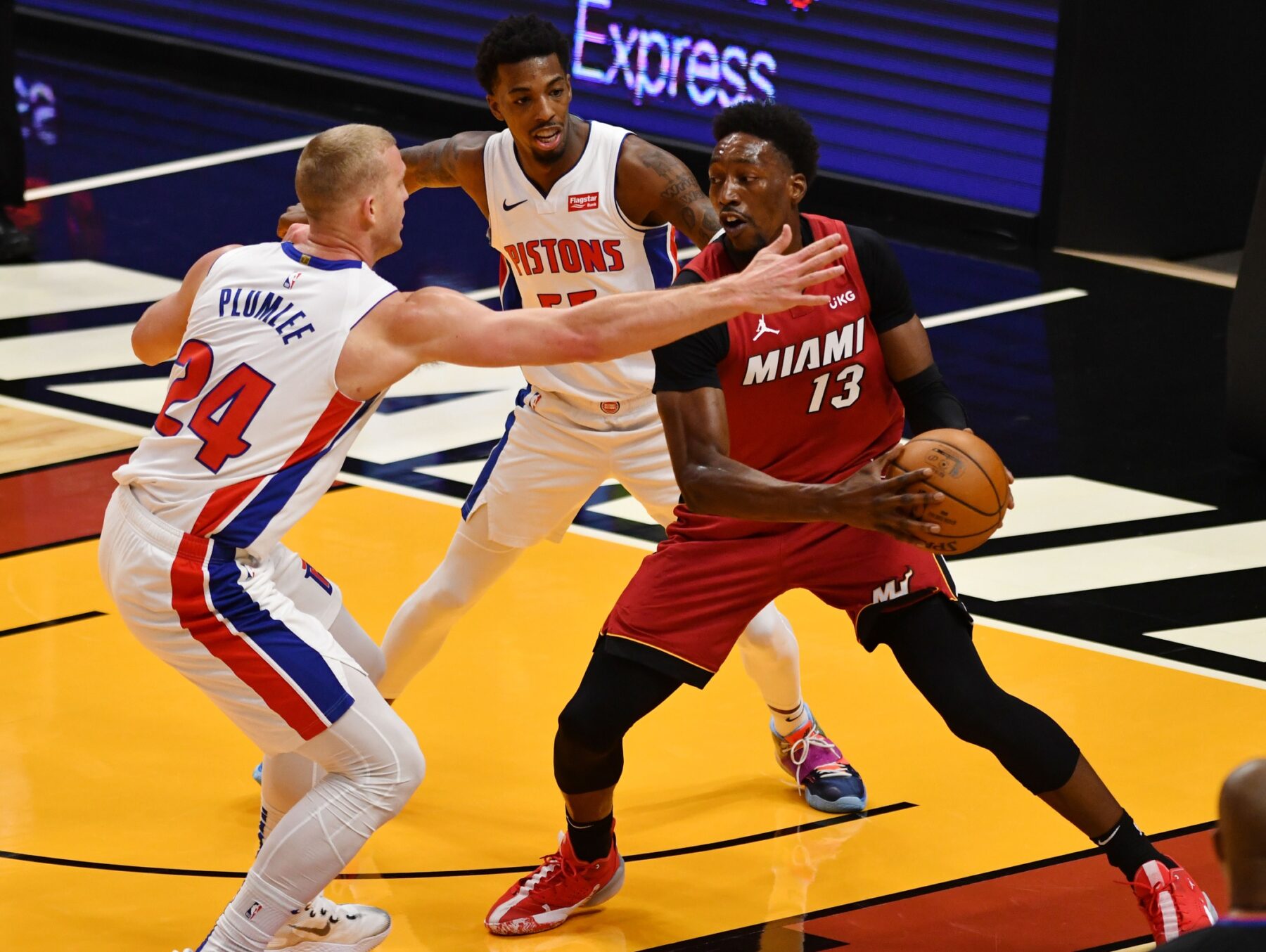 The Miami Heat can’t catch a break from the league’s coronavirus protocols.

The Heat’s contest versus the Detroit Pistons on Martin Luther King Jr. Day has been delayed.

“The Miami Heat’s Monday game against the Detroit Pistons at AmericanAirlines Arena has been pushed back from the scheduled 3 p.m. tipoff to at least 8 p.m. because of pandemic protocols,” wrote Ira Winderman of the Sun Sentinel.

“Whether the game will be played Monday still is being discussed, according to NBA sources.”

The Heat played Pistons at home on Saturday.

However, the Pistons creamed the Heat by a score of 120-100. Heat All-Star Bam Adebayo scolded teammates for not living up to the franchises’s culture following the loss.

Of course, the start of the 2020-21 campaign has been tough for the Heat. They’ve been forced to play multiple games with less than 10 players due to healthy and safety protocols.

In addition, the Heat saw their highly anticipated matchup with the Boston Celtics rescheduled.

The Heat hold a 4-7 record this season.