Why The Miami Heat Are Still The Eastern Conference Favorites 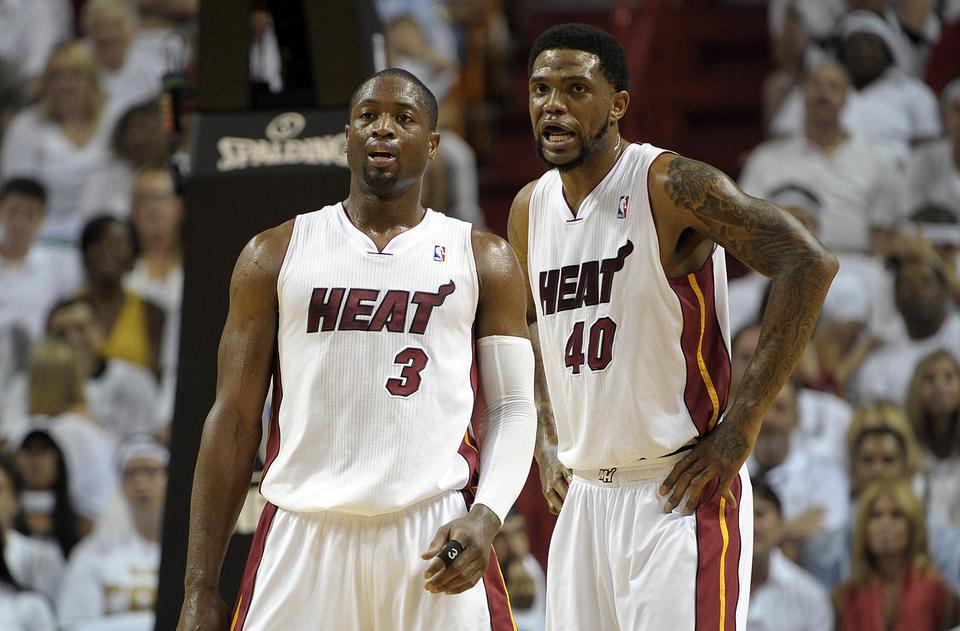 Though it’s been several days since the Miami Heat unexpectedly lost LeBron James through free agency, the franchise is still in a “recovery mode.” It’s not easy to lose the best player on the planet who happens to be a four-time MVP. Not only did LeBron continue to cement himself as the NBA’s best player over his four-season tenure with the Heat, he led the franchise to the NBA Finals every season of his stay in South Beach.

Last Friday afternoon, it was announced that LeBron was taking his talents back to Cleveland. James began his career with his hometown team, the Cleveland Cavaliers, where he won his first two MVP awards, and made an NBA Finals appearance during his seven seasons in Ohio. It is a reported two-year deal worth about $42 million. James will have the option of opting out of the deal after the first season with the opportunity of becoming a free agent once again in the Summer of 2015.

More importantly, James’ signing shifted a change in power immediately. Suddenly, the four-time defending Eastern Conference Champion Miami Heat are no longer considered the team to beat in the East – the Cavaliers are. In fact, LeBron’s return to Cleveland not only made the Cavaliers the favorites in the Eastern Conference, but it made the team the favorites to win the NBA title in 2015. Needless to say, LeBron’s impact on the basketball court is considered that monumental. Courtesy of Bovada, the Cavaliers are 4-to-1 betting odds to win the NBA title next season, while the defending NBA Champion San Antonio Spurs follow at 5-to-1 betting odds.

Meanwhile, in the Heat’s case, Miami’s chances of winning the NBA title declined drastically. Drastically may not even be the proper word to use in this scenario. Not only did Miami’s chances of winning the NBA title drop with LeBron’s decision to bolt South Beach, its title chances dropped below that of Eastern Conference teams such as the Brooklyn Nets, Toronto Raptors and New York Knicks. Keep in mind that the Nets were eliminated in a five-game series by the Heat in the 2014 NBA Playoffs, the Raptors were eliminated in the first round of the 2014 postseason, and the Knicks didn’t even make the playoffs in 2014.

Yes, things got that bad in Vegas and in the media’s eyes with one player’s decision. But simply put, they are wrong – the Cavaliers are not the Eastern Conference favorites, let alone the favorites to win the NBA Finals in 2015. That title still remains in South Beach with none other than the Heat.

Over the past several days since James’ decision to leave Miami was plastered over every media network and website you could think of, Pat Riley and the organization has brought back a lot of familiar faces. Chris Bosh will be back with a new five-year, $118 million deal. The Heat’s plans with Bosh moving forward will be that he will be a true focal part of the offense, similar to how he was used in his pre-Heat days with the Toronto Raptors earlier on in his career. It’ll be a change-of-pace for Bosh, but perhaps a step in the right direction for his career, considering his usage rate during the 2013-14 season (22.6 percent) was at its lowest in nearly 10 seasons. With James and Wade ahead of Bosh in the pecking order of the ‘Big Three’ over the past four seasons, Bosh looked lost and tentative at times. That should not be the case for 2014 and beyond. 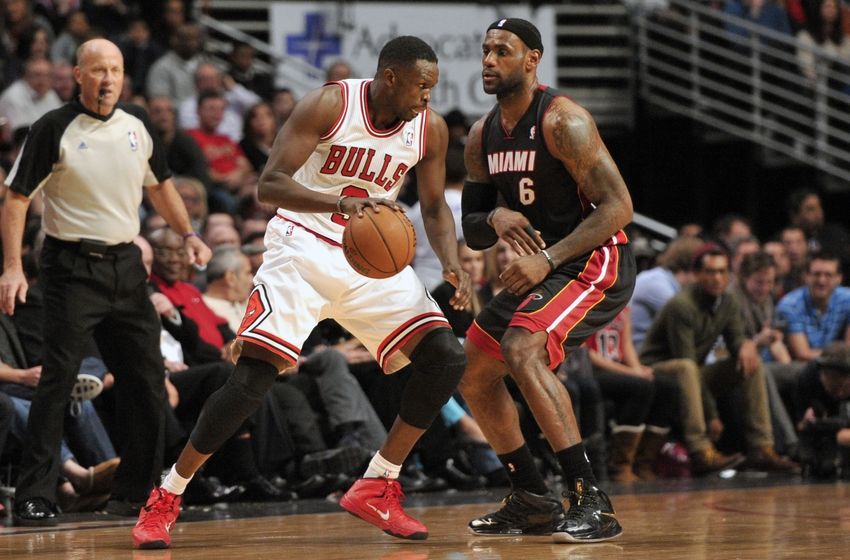 Not only will the Heat have Bosh back, but they brought back starting point guard Mario Chalmers on a two-year deal. Chris Andersen was also re-signed. The Heat have also signed free agents Luol Deng, Danny Granger and Josh McRoberts to continue to fortify the starting lineup and depth of the team. Deng will likely replace LeBron as the starting small forward in the lineup. Dwyane Wade has returned to South Beach for a 12th season. And Udonis Haslem will also return to Miami for a 12th season.

With the exception of LeBron, the retiring Shane Battier, and free agent Ray Allen – there is still a chance Allen will return to Miami for a third season – the Heat will return every key member of its 2014 roster next season.

What many are forgetting is just how weak the Eastern Conference is. This is a conference where the best team throughout the regular season was the Indiana Pacers. It goes without saying just how flawed the Pacers were as a team. There is an argument that could be made where the 2013-14 Pacers are the worst No. 1 seed in NBA Playoffs history. The Pacers will return largely the same cast of players, perhaps minus Lance Stephenson.

Other 2014 Eastern Conference Playoff teams such as the Raptors, Charlotte Hornets, Atlanta Hawks, Chicago Bulls and Washington Wizards all remain stagnant as teams. In the case of the Brooklyn Nets, they have gotten worse – and will continue to get worse – as they gut the 2013-14 roster. The Nets franchise lost $144 million in revenue last season. Paul Pierce also bolted Brooklyn for Washington on a two-year deal.

The Heat are still a better team than those aforementioned teams without LeBron. Which brings us to the Cavaliers. Like many of their Eastern Conference brethren, they are a flawed team. Unless something drastic changes where the Cavs acquire a star player such as the Minnesota Timberwolves’ Kevin Love to pair with LeBron, the 2014-15 Cavs are going to look a lot like the Cavaliers during LeBron’s pre-Heat days: successful regular seasons culminating in quick postseason exits.

Yes, the Cavaliers have a lot of good young talent. Kyrie Irving is one of the top young players in this game, and returns to Cleveland fresh off of a $90 million contract extension. Tristan Thompson returns as does Dion Waiters. All three of the aforementioned players are 23 years old or younger. But remember, this was a Cavs squad that finished 10th in the Eastern Conference last season with a 33-49 overall record. LeBron is the best player in the game, but he’s no miracle worker. There is a reason LeBron left Cleveland for Miami back in 2010, and that was for championship reasons.

Even LeBron has acknowledged the Cavaliers’ long road back to prominence in one of his quotes upon his return to Cleveland in his Sports Illustrated essay: “I’m not promising a championship. I know how hard that is to deliver. We’re not ready right now. No way. Of course, I want to win next year, but I’m realistic. It will be a long process, much longer than it was in 2010.”

The Cavaliers won’t be the best team in the East next season. That distinction stills belongs with the Heat. LeBron already recognizes it. It is only a matter of time before the rest of the NBA realizes that the power within the Eastern Conference still resides on South Beach for another season.