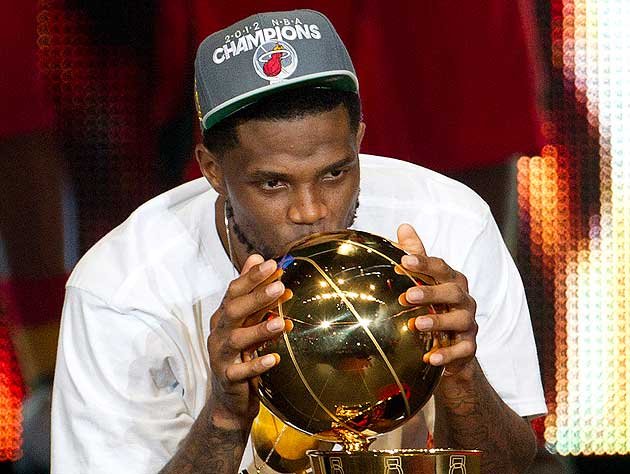 Minutes after reports came out that the Miami Heat signed Dwyane Wade to a 2-year, $34 million deal, another one was released stating that the Heat have signed Mr. 305 himself, Udonis Haslem to a 2-year deal as well.

Haslem’s contract would start at $2.75 million for next season and with the 4.5 percent raise that comes with the deal, it would total out the contract for $5.6 million. The multitude of two-year deals that Pat Riley is inking is most likely to allow flexibility in the year 2016 where big name free agents like Kevin Durant and LeBron James are going to be available.