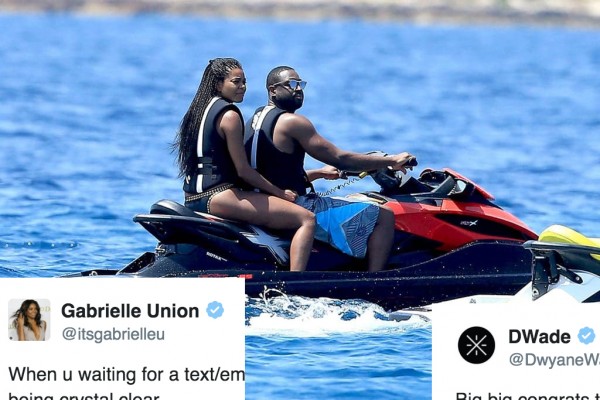 Dwyane Wade and the Miami Heat will forever be entwined in NBA history. Those three banners that wave around in the rafters at American Airlines Arena would not have been hoisted were it not for Wade.

Those championships, game-winners, and flashy moves are how the fans remember Dwyane, but the Heat front office may not be on the same page. The front office is making the mistake of focusing so much on the future that it may be leaving its homegrown superstar behind.

Pat Riley and company seem to have forgotten about all the past glory and sacrifices that Dwyane has been an integral part of. Wade is trying to remind everyone, and rightfully so, that he has at every step of his career, made monetary sacrifices for the betterment of the team.

In fact, over the past six years, Wade has left $30 million on the table to help this organization build better teams. What’s even more shocking is how the 12-time All-Star has never been the highest paid player on the roster since he was drafted.

Next year’s team will be no different.

Hassan Whiteside announced his intention to re-sign with the Heat yesterday on a max four-year, $98 million contract. This means that even if the Heat gave Dwyane the $20 million a year he’s asking for, he would be the third highest paid player on this team behind Chris Bosh and Whiteside.

The disrespect that Miami has shown since free agency started by placing Wade on the backburner while chasing “real” free agents. Chasing the pipe dream that is Kevin Durant and caving quickly to Whiteside in the opening hours of free agency have really shown Wade what the Heat values most.

Wade and his wife Gabrielle Union are currently on a boat with LeBron James vacationing in Europe and it seems like James’ subtweeting habits are rubbing off on the couple because both of them have been taking subtle shots throughout the week.

Earlier today Wade congratulated Whiteside on his newly minted deal with this tweet.

Big big congrats to @youngwhiteside Your dedication and hard work to the game has finally paid off..#Caniborrow5dollars

Last year, Wade was one of the toughest veterans, challenging Whiteside to push himself throughout the year, so this was a nice gesture. But notice the #Caniborrow5dollars at the end. On the surface it seems like a light joke about the size of Whiteside’s new deal, but it’s also undoubtedly a veiled shot at how much the Heat wishes to pay him right now.

The $10M offer to Wade, now reported by The Vertical, is what I mentioned on @790TheTicket earlier today and was trying to confirm… So…

That is not a typo.

With some of the outrageous contracts being doled out to average-at-best players, how is this not a blatant slap in the face to Dwyane?

Skolnick on his radio show (790 The Ticket) yesterday was talking about the dumbfounding value of these contracts and asked this crucial question:

Evan Fournier and Evan Turner are getting $17M per season…. So what is Dwyane Wade worth?

During the show, Skolnick had mentioned that Union liked this tweet. Again, subtle so far.

However, a couple of minutes later she said this:

There is no way to twist this one out of context. Union is clearly frustrated that her husband is being taken so lightly by the Heat.

It seemed like the Wade/Union clan’s course of action was going to be through subtle messages and hints. That was until Adrian Wojnarowski from The Vertical reported yesterday that Wade was receiving multi-year offers from the Chicago Bulls, Dallas Mavericks, Denver Nuggets, and Milwaukee Bucks for north of $20 million annually.

Last year, Wade turned his contract negotiations into a public relations battle — which he absolutely won. However, it seems this year there is no time for games.

Wade is threatening to walk because of the insincere effort Miami’s front office has shown to make him a priority. And subsequently, Wade has gone looking for a franchise that still values his production. There are quite a few who would pay serious money for a proven closer like Wade.

There are some things about basketball that are strictly business decisions. There are other things that are simply about showing respect. The Heat has not shown its respect and as a result, we might be watching Flash, Wade County, Father Prime take his talents, for the first time ever, to somewhere other than South Beach.
[xyz-ihs snippet=”Responsive-ImagenText”]