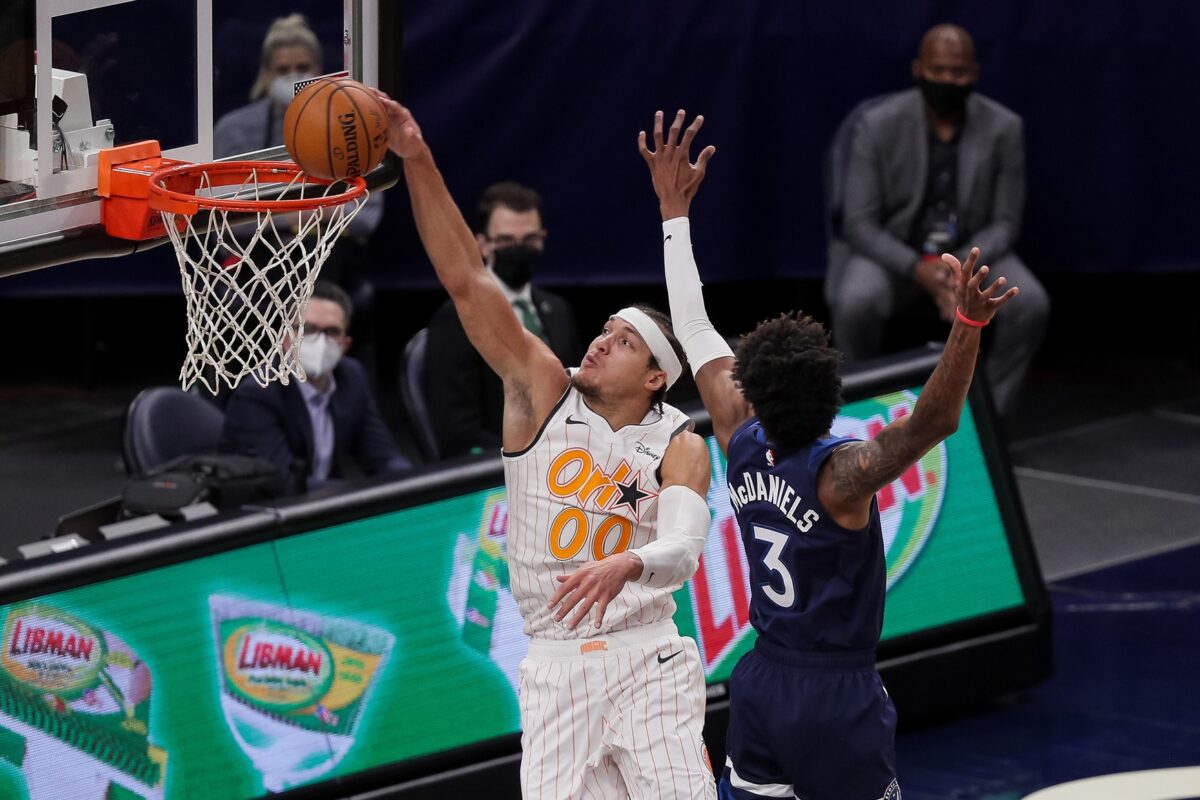 The Miami Heat are just 9-14 this season after taking down the New York Knicks on Sunday afternoon.

While they made the NBA Finals last season, they seem very far away from achieving that or more this season.

Miami reportedly is looking to acquire a starting-caliber power forward ahead of this year’s trade deadline, and there should be a few on the market.

With Meyers Leonard out for the season and Jae Crowder’s departure in free agency, Miami is struggling to fill minutes alongside Bam Adebayo.

The Heat have a few salaries that would help them match for deals, but they may not have enough assets to acquire a top flight power forward.

The Heat do not own their 2021 first-round pick, but they do have their pick in 2022. However, since teams aren’t allowed to trade picks in consecutive seasons, the Heat don’t have a tradable first-round pick until 2028.

This means that for Miami to facilitate a deal, it will likely have to trade one of its young pieces or allow for a team to dump an undesirable salary on its books.

While the Heat did have big plans for the 2021 offseason, their main target Giannis Antetokounmpo already agreed to a massive extension with the Milwaukee Bucks.

Since Miami has locked up Adebayo and Jimmy Butler, it could try to find a solid piece to complement the duo for years to come.

Here are five realistic options at power forward for the Heat this trade deadline. 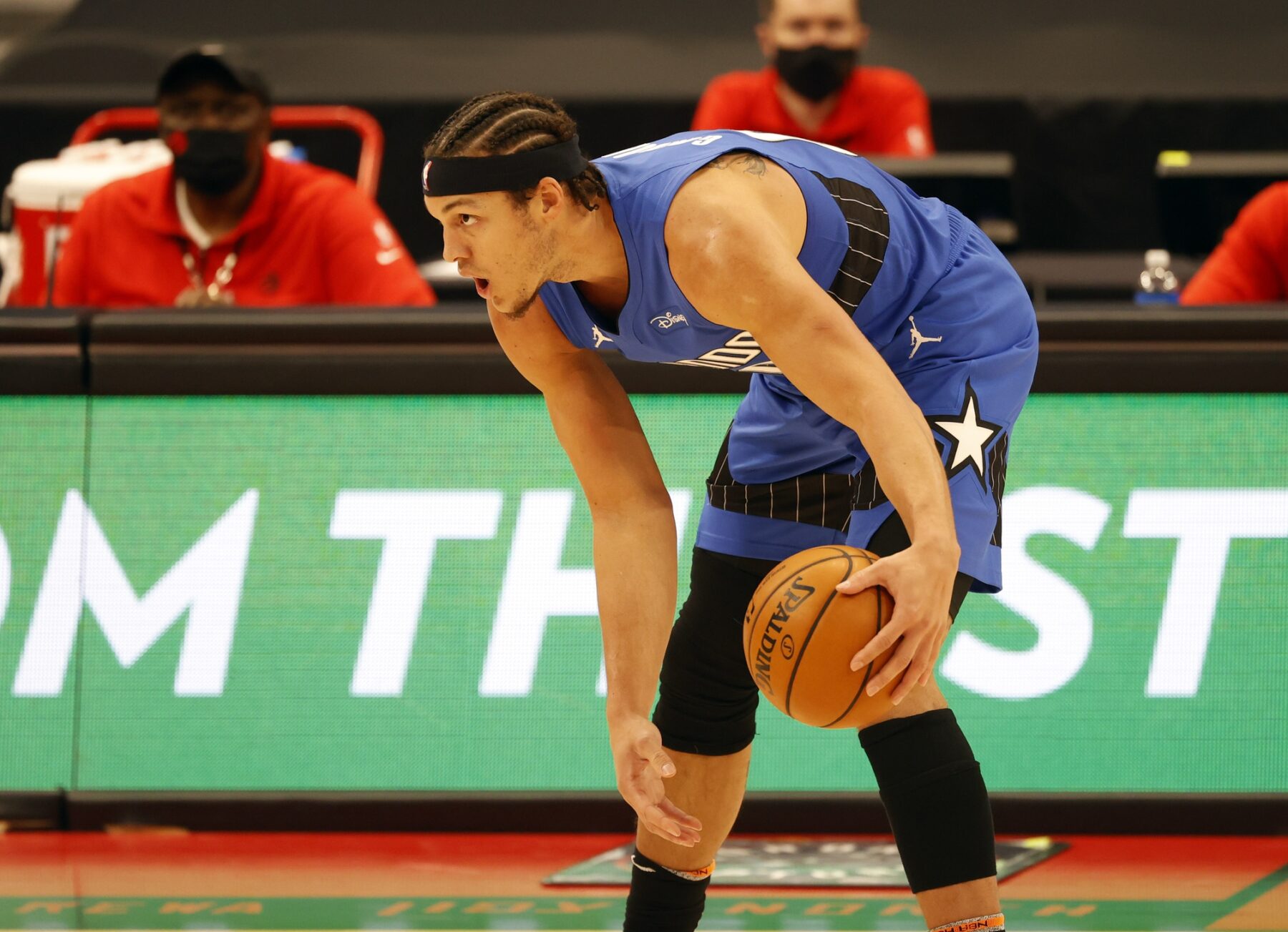 Gordon is the most intriguing of the power forwards that will likely be on the trade market at the 2021 trade deadline.

The Magic have locked up fellow forward Jonathan Isaac to a long-term deal which could make Gordon expendable.

However, there is a small problem. Gordon suffered a severe left ankle sprain and will be sidelined for the next four to six weeks.

The NBA trade deadline is currently set for March 25th, so Gordon may just be getting back into playing shape by the time Miami would have to facilitate a deal.

On a positive note, the injury could help Miami try and buy low on Gordon if the Magic are intent on dealing him.

Orlando has been a fringe playoff team, and it is just 9-15 so far this season.

If the Magic stumble with Gordon sidelined, they could look to move him, as he has another year left on his deal for around $16.4 million. Gordon’s salary for the current season is about $18.1 million. 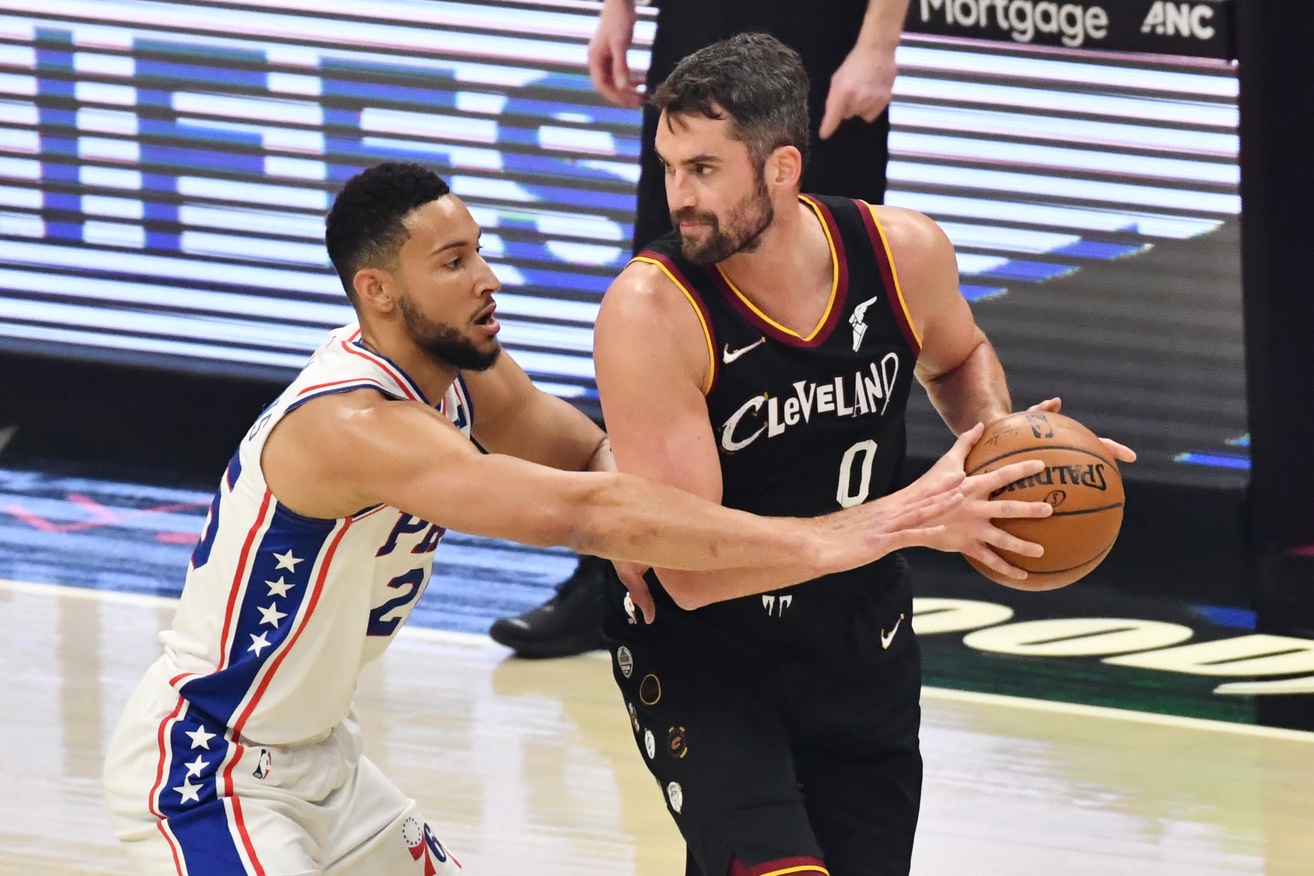 It is no secret that the Cavs would like to move on from Love and acquire an asset as they continue their rebuild.

Love, who has played in just two games this season due to a calf strain, is owed about $31.2 million this season and next, and he will make another $28.9 million during the 2022-23 campaign.

It is one of the least desirable contracts in the NBA, but Love could help fit Miami’s current championship window.

Since he has such a big contract, Miami may be able to get away with giving up the bare minimum for Love, especially if they trade expiring deals.

The Cavs have been solid this season, but they are looking to build around Collin Sexton, Jarrett Allen and Darius Garland.

Love averaged 17.6 points and 9.8 rebounds per game last season, and he has averaged 17.0 points per game or more each of the past three years.

He could help stretch the floor for Miami and would bring playoff and NBA Finals experience to the roster. 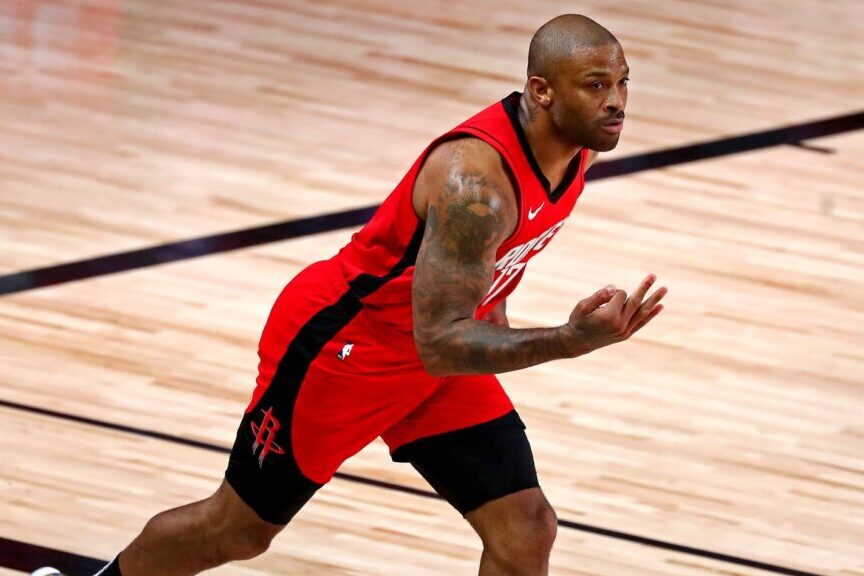 An undersized forward, Tucker plays much bigger on both ends of the floor and would be a great fit in Miami’s culture.

Tucker battled at the center position last season for the Rockets, but he is much better suited for a power forward role.

Tucker’s contract with Houston expires at the end of the season, and he is making just $7.9 million this year.

The Heat could offer the Rockets guard Kendrick Nunn as insurance to the oft-injured John Wall.

While Houston likely wants assets as it tries to figure things out in the post-James Harden era, Miami might be able to get Tucker for a discount since he isn’t signed beyond this season.

Bagley may be one of the most intriguing players on the trade block this season.

He seemed disgruntled with the Kings earlier this season, but he has settled in and is averaging 12.3 points and 7.4 rebounds per game.

In the third year of his rookie deal, Bagley will likely cost a lot, but the Heat could have a cornerstone forward next to Adebayo if Bagley can reach his potential.

The No. 2 pick in the 2018 NBA Draft, Bagley has dealt with some injury concerns in his career. Still, the upside he has with the ability to spread the floor at 6-foot-11 is intriguing.

He would definitely be costly, but it could make sense for Miami to make an offer. 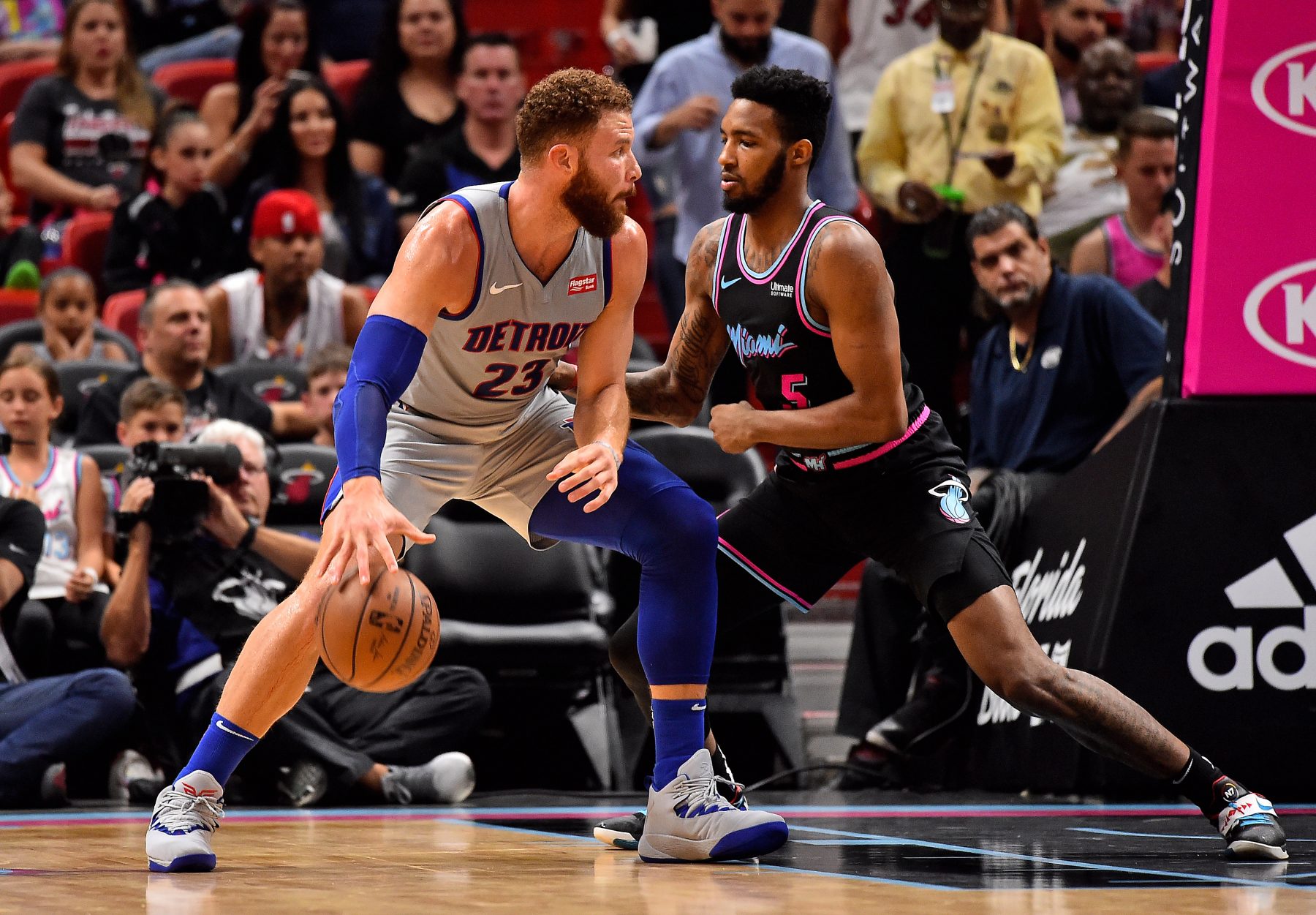 The Pistons are looking for salary relief as they enter their rebuild, and no better place to start than Griffin’s massive deal.

Griffin is owed about $36.8 million this season and has a player option for around $38.9 million next year.

With Jerami Grant putting up All-Star caliber numbers, and the Pistons headed for the basement in the East, moving Griffin could free up minutes for younger players.

Since he carries such a huge salary, Griffin, like Love, may be an easier target for Miami assets wise.

While he is far from the player he was with the Los Angeles Clippers, Griffin can shoot the 3-ball (31.8 percent this season) and is still a solid scorer.

He is averaging just 12.2 points per game, but might be the perfect discount option if the Heat are willing to take the salary hit next year.

Aaron GordonBlake GriffinFeaturedKevin LoveMarvin Bagley IIImiami heatNews TickerP.J. Tucker
← Previous Story 5 reasons the Miami Heat should not give up Tyler Herro in a trade for James Harden
Next Story → Why Kendrick Nunn has earned himself a permanent spot back in the Miami Heat’s rotation