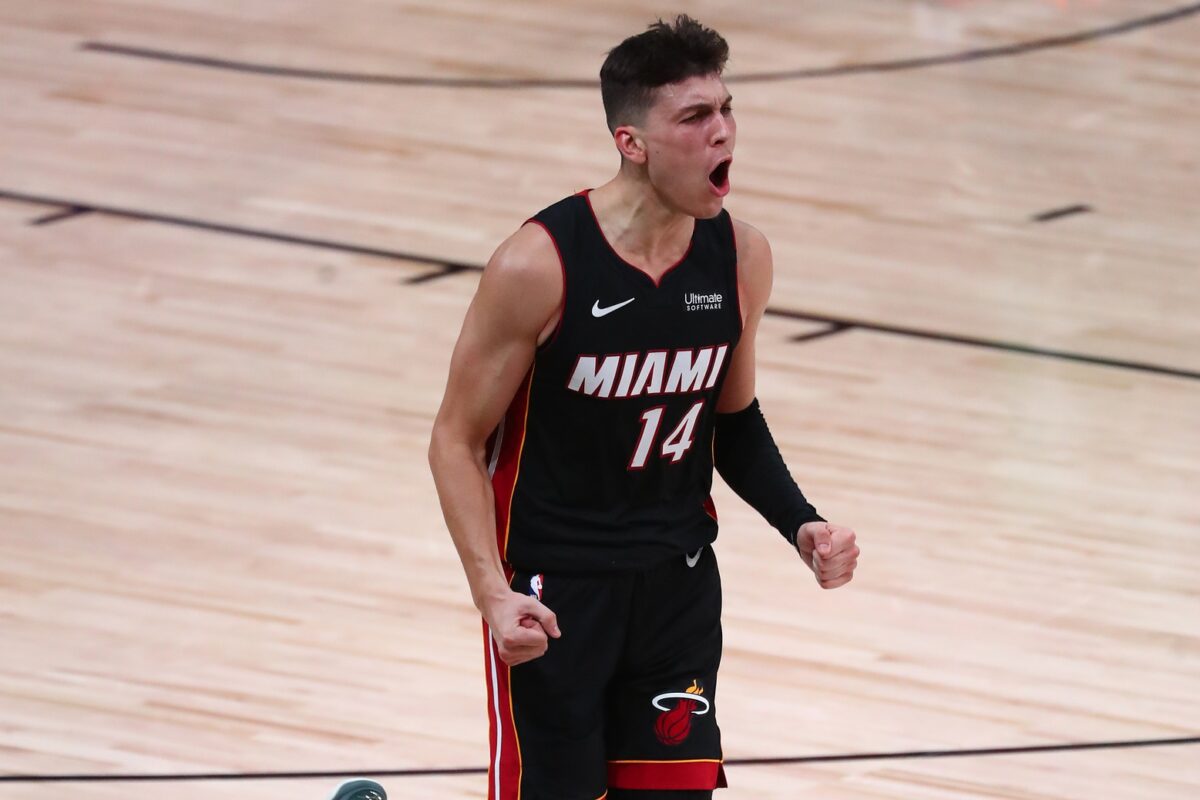 Rumors that the Miami Heat are interested in acquiring James Harden from the Houston Rockets continue to abound.

Teaming up Harden with Miami’s All-Star duo of Jimmy Butler and Bam Adebayo can boost the franchise’s chances of reaching a second consecutive NBA Finals appearance this season. After all, Harden is one of the best offensive players in league history. He certainly fills an area of need for the Heat.

However, a trade for Harden would likely require the Heat to part with emerging second-year guard Tyler Herro. The Rockets’ lofty asking price for the disgruntled star reportedly includes a young cornerstone and multiple draft picks. If Houston engages Miami in trade talks, it would surely demand Herro in any package.

Harden is leaps and bounds better than Herro at this point in their careers. It is also hard to imagine that Herro will ever be as good as the one-time MVP, whose career arc is a tough act to follow. But it does not mean that the Heat should jump the gun and give up the 20-year-old in a trade for Harden.

Below are the reasons Miami is better off holding on to Herro than using him as trade piece for Harden.

If the Heat do decide to go all in on Harden, they would have to give up more than just Herro. There is a wide gap between their salaries — around $38.7 million. To make the salaries work, Miami would need to include at least a few more players.

Losing several rotation pieces for one player, even someone of Harden’s caliber, is a steep price to pay. The front office would be under extreme pressure to replace them, especially now that there are not that many valuable free agents left in the market.

Before the start of the bubble in Orlando, Fla. last season, Heat coach Erik Spoelstra prophetically spoke about how important roster depth would be to the team’s championship aspirations.

Finally, Spo on why the depth the Heat have will be even more important in Orlando. pic.twitter.com/PWs8aKyRRw

“Our depth really is one of our biggest strengths,” Spoelstra said. “We can go three deep, really at every position. In a circumstance like this, I really think it’s gonna be more of a sprint than a marathon. We will be in uncertain circumstances where we may be required to use that depth because of any number of circumstances that are unpredictable.”

While this season will not be held in a bubble, some of the unpredictable circumstances Spoelstra referred to will still be present. This makes roster depth and flexibility a necessity for contending teams. A trade for Harden would have a huge effect on Miami’s depth.

Harden is a supernova on offense. He averaged 35.3 points per game the past two seasons and led the league in assists in the 2016-17 season.

However, the six-time All-NBA First Team selection is also known for holding the ball for too long on most possessions while his teammates wait for him to make plays. In fact, Harden led the league in isolation plays by a wide margin last season, averaging 14.1 isolation possessions per game.

Such a playing style might not mesh well with the Heat, who are known for their pristine ball movement. Their offense is predicated on screen-and-rolls, cutting and dribble handoffs.

Before the 2020 Eastern Conference Finals, head coach Brad Stevens of the rival Boston Celtics even gushed about the similarities between Miami’s offense and that of the Golden State Warriors dynasty earlier this decade.

Boston Coach Brad Stevens is comparing the Heat to…the 3x champion Warriors. Richard Jefferson and Vince Carter break down exactly what he meant, and how they think Miami's young shooters will do under the heightened pressure: pic.twitter.com/sjZhcWFluQ

How Harden’s hero-ball style of play would thrive in Miami would be an enigma.

On the other hand, Herro has had no problem adapting to the Heat’s playbook. He has proven that he can create shots for himself and others, especially in last season’s playoffs when he averaged 16.0 points and 3.7 assists per game.

The University of Kentucky product has also shown he can be effective even without the ball in his hands. He has performed well playing off of Miami’s plethora of playmakers, including Butler, Adebayo, Goran Dragic and Andre Iguodala.

Even before playing in his first professional game, Herro had already embraced the Heat’s culture. In the 2019 offseason, he was seen working out in the team’s practice facility with Butler before sunrise.

Because of his dedication to developing his game, the young guard became a key piece in the Heat’s surprising playoff run a few months ago. Herro also recorded several postseason accomplishments, such as becoming the youngest player to ever start in an NBA Finals game.

🗣 Tyler Herro is a BUCKET!@raf_tyler joined some ELITE rookie company during the postseason 👶🐐 pic.twitter.com/TUfvIWKjrb

Meanwhile in Houston, Harden has raised eyebrows for breaking league protocols in Las Vegas instead of reporting for training camp. Netizens also ridiculed the former MVP for looking out of shape in his first appearance on the court this preseason. 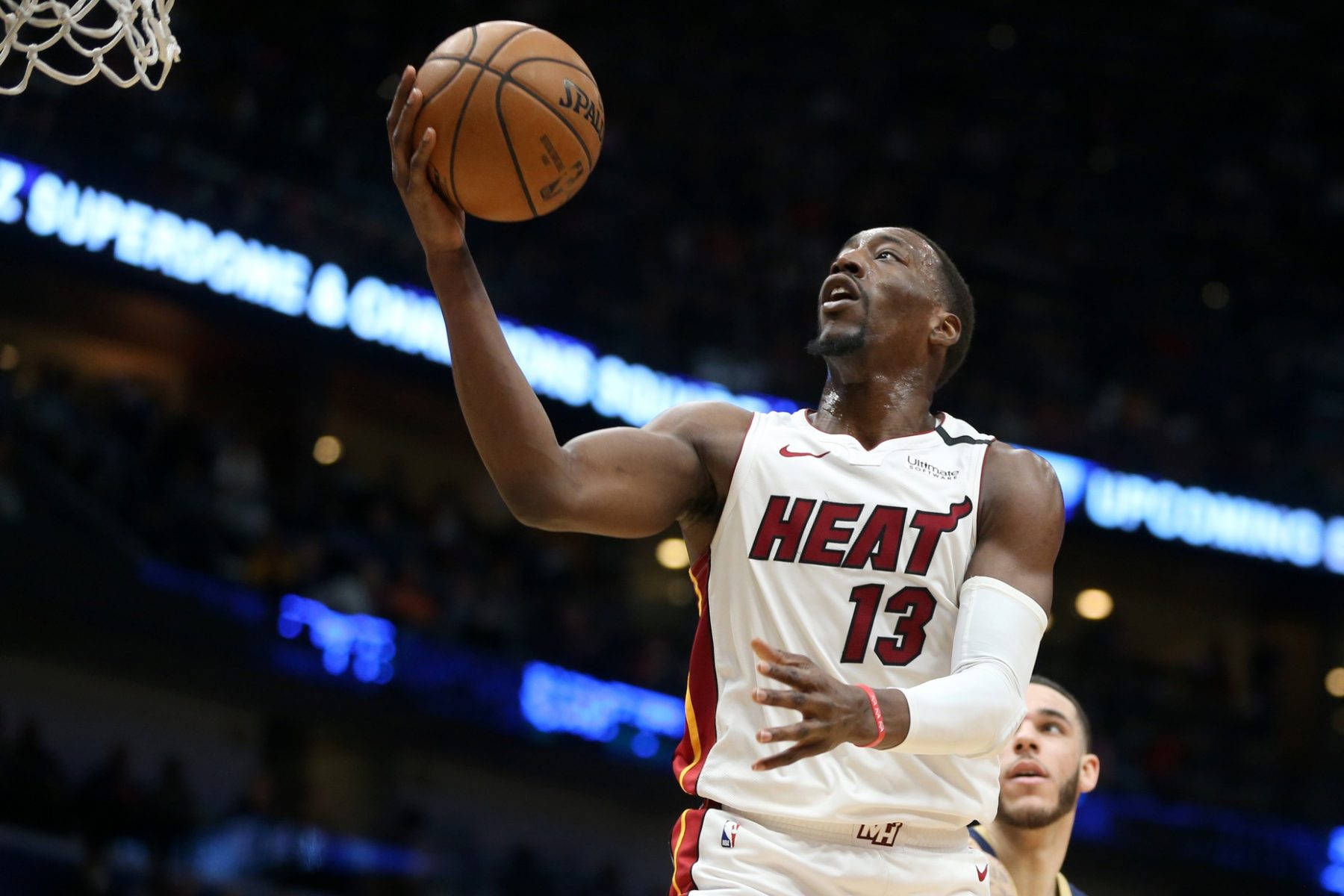 It is no secret that Adebayo is the future of Miami. The front office signed the rising star to a maximum contract extension that could be worth up to $195.6 million. The team sees him as not just one of its best players in the coming years, but also its leader.

Adebayo averaged 15.9 points, 10.2 rebounds, 5.1 assists, 1.1 steals and 1.3 blocks per game last season. But, remarkably, the 23-year-old All-Star has not yet reached his ceiling. His best playing years are still ahead of him.

If Miami trades for Harden, then by the time Adebayo reaches his peak, the big man would be playing with two aging stars in Harden and Butler. On the other hand, if Herro stays put, the Heat would have a pair of core players whose prime years would coincide.

After being drafted 13th overall in the 2019 NBA Draft, it did not take long for Herro to endear himself to the Heat Nation.

Herro put on a show in the 2019 NBA Summer League, where he averaged 19.5 points, 4.3 rebounds and 3.8 assists per contest. His performances converted numerous supporters, who collectively called themselves the Herro Hive.

Herro’s incredible 2019 playoff run further established himself as a fan favorite. The day after lighting up the Celtics in Game 4 of the Eastern Conference Finals with 37 points off the bench, his jersey became the highest selling in the league.

Best selling NBA player today on @fanatics and their network of sites including ⁦@NBASTORE⁩. pic.twitter.com/PTYLCwJQ6h

A generational talent such as Harden rarely becomes available on the trade market. For this reason, it is prudent for the Heat to check their options and look for ways to acquire him.

Still, the better choice for the proud franchise would be sticking with the young prospect affectionately called “Baby GOAT.”