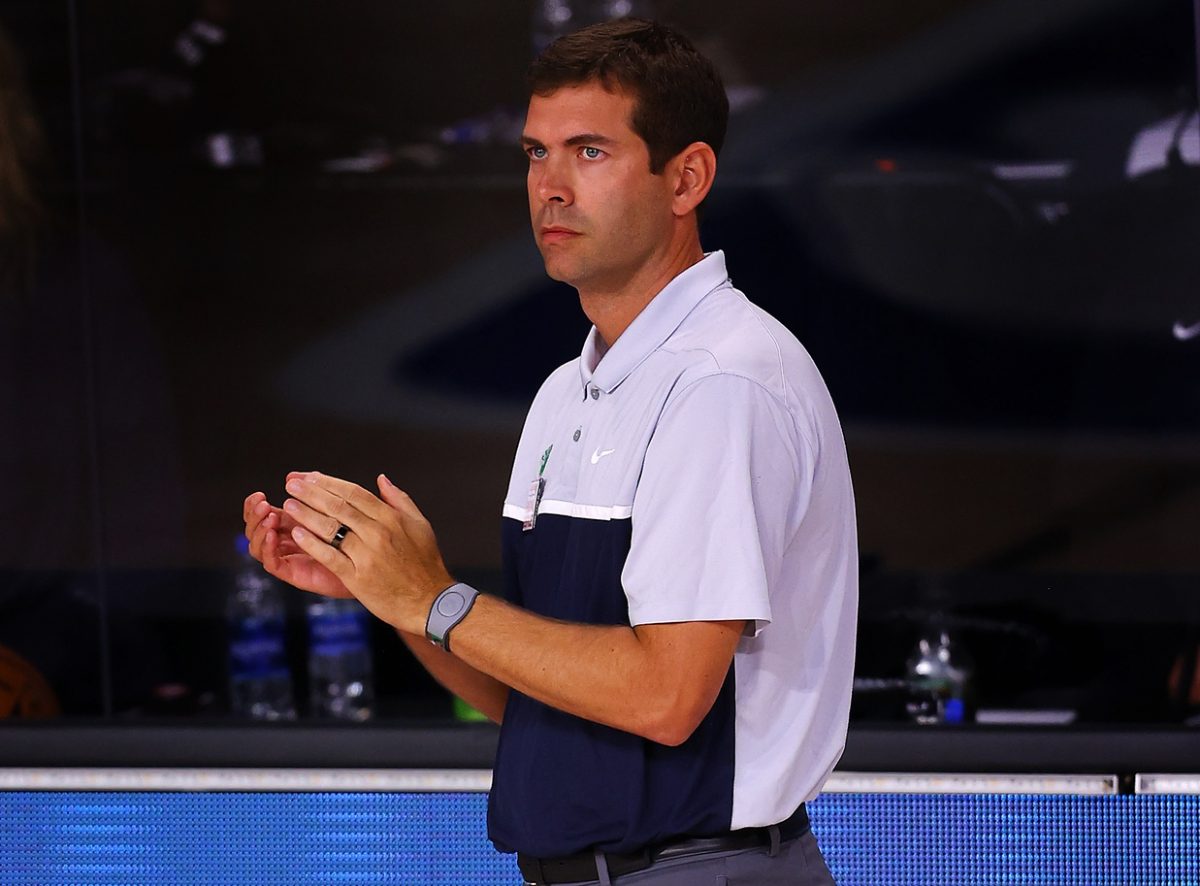 Boston Celtics head coach Brad Stevens appears to be trying to kill the Miami Heat with kindness ahead of the two teams’ Eastern Conference Finals matcup.

Stevens recently heaped praise on Heat rookie Tyler Herro. He also compared the Heat as a whole to the Golden State Warriors, the NBA’s most recent dynasty.

Celtics coach Brad Stevens said the Heat is “probably the closest team in the East that we’ve seen to the Warriors with regard to their cutting and shooting.”

While comparing the Heat to a team that won three championships in five years may seem like a stretch, it’s not that farfetched when looking at the numbers.

In the 2019-20 regular season, the Heat finished second in 3-point efficiency after making 37.9 percent of their shots from beyond the arc. They trailed the top team, the Utah Jazz, by just .1 percent.

With just five teams left in the championship hunt, a real argument can be made that the Heat are the top shooting team left in the field.

As for the Warriors, they finished in the top three for 3-point shooting in every single year from the 2014-15 season to the 2018-19 season. In several years, they were the top 3-point shooting team.

When it comes to cutting, the Heat have a plethora of athletic guards and forwards who excel off the ball and know how to make their way to the basket. It doesn’t hurt that Bam Adebayo is one of the best passing big men in the NBA.

When the Warriors won their three titles, a clear connection was made between 3-point efficiency and winning championships.

With the Heat just four wins away from representing the Eastern Conference in the 2020 NBA Finals, only time will tell if that connection will once again be made this season.