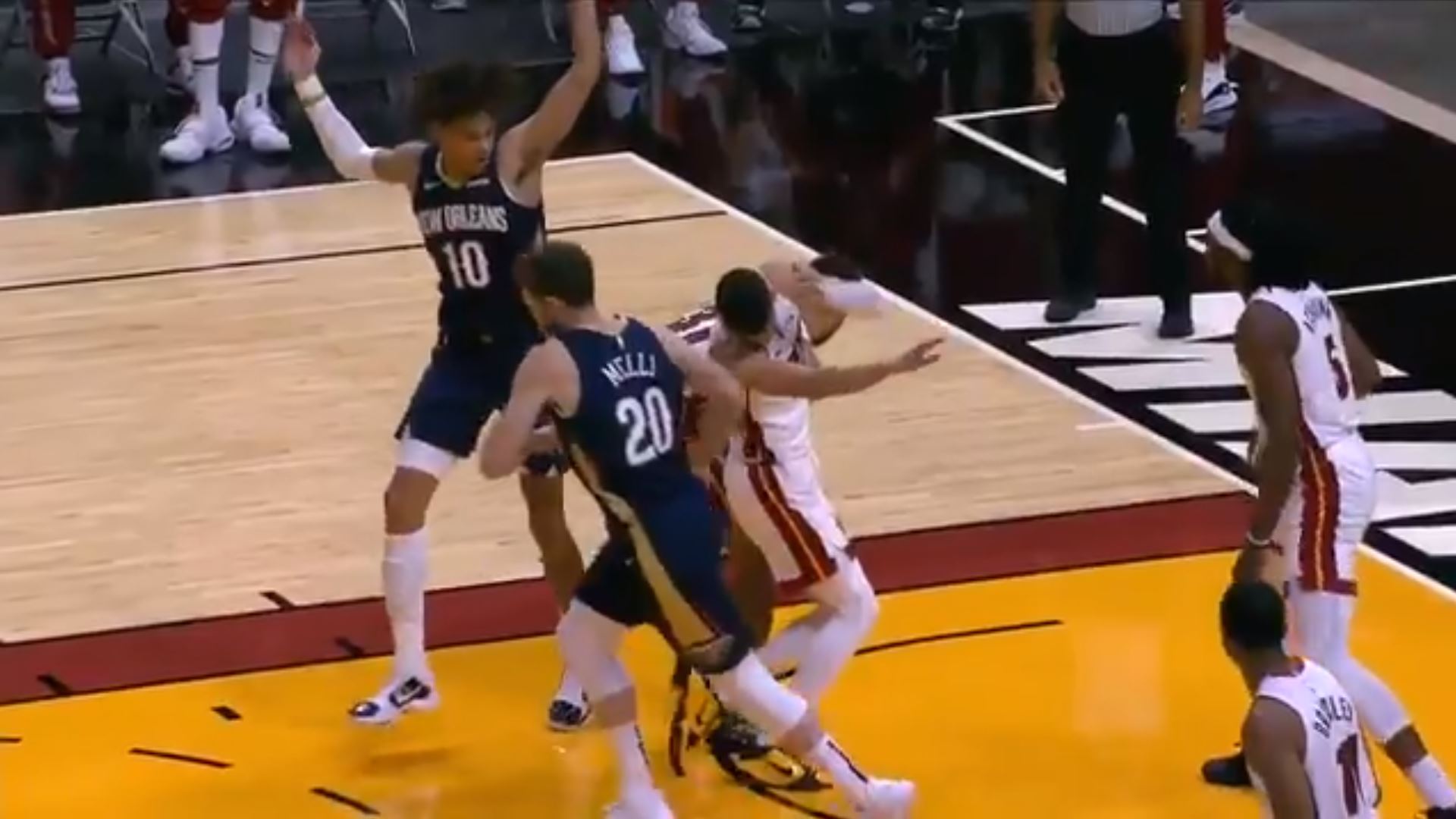 After being forced to lick their wounds for two months following a loss in the NBA Finals, the Miami Heat are back on the floor for their 2020 preseason opener against the New Orleans Pelicans.

The Heat got a scare, however, when standout guard Tyler Herro got hit in the face and had to head back to the locker room.

Herro was a revelation as a rookie during the 2019-20 campaign. The 13th overall pick in the 2019 NBA Draft, he impressed many with his dead-eye outside shooting throughout the season.

Herro also showed the potential to handle the ball and create off the dribble as the season progressed.

The University of Kentucky product has made it clear that his next goal is to become a full-time starter.

However, it’s not for certain he’ll even remain on the roster for the foreseeable future. The Heat have been mentioned as one of the favorites, if not the favorite, to land Houston Rockets superstar James Harden via trade.

If such a deal becomes a reality, Herro may have to be jettisoned to Texas.