Don't Miss
Home / Videos / Jimmy Butler on why Miami Heat’s defense has been elite: ‘We got rid of Derrick Jones Jr.’

Jimmy Butler on why Miami Heat’s defense has been elite: ‘We got rid of Derrick Jones Jr.’ 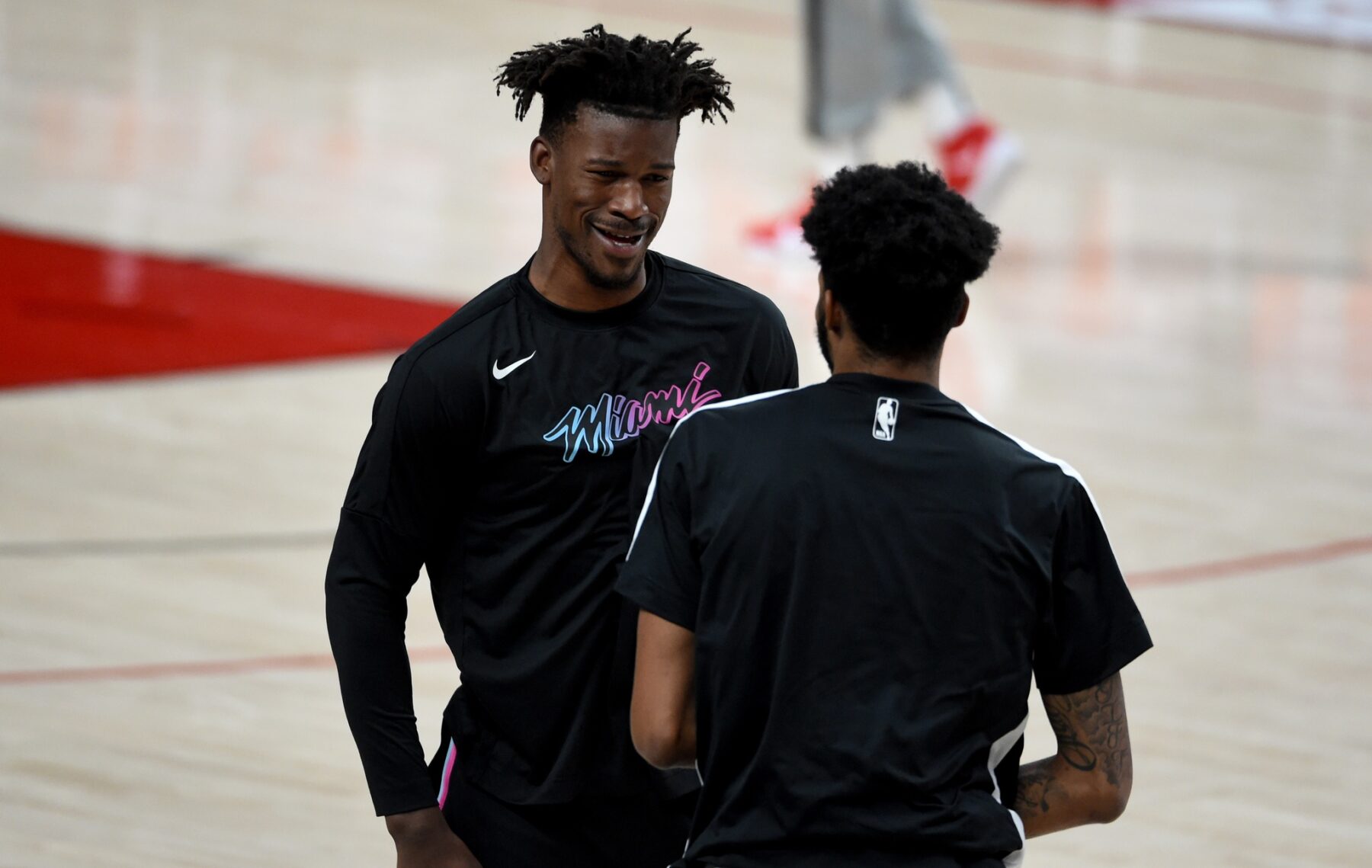 Following the Miami Heat’s Sunday night victory against the Portland Trail Blazers, Jimmy Butler said that the Heat’s defense is elite and delivered a brutal shot to former teammate Derrick Jones Jr. at the same time.

Asked what he attributed the Heat’s consistently strong defense to this season, Butler bluntly offered his opinion of Jones, who signed with the Trail Blazers during the brief offseason.

“We got rid of Derrick Jones Jr.,” Butler said. “Got his a– up outta here and started guarding somebody.”

Given Butler’s amused look after making the comment, he may have been offering a tongue-in-cheek jab at his former teammate. His remarks closed with an equally curt opinion of Jones.

In the game, the Heat took the lead for good in the second quarter by shutting down the Trail Blazers’ offense by limiting them to just 17 points for the quarter.

After the break, the Heat then effectively ended the game by outscoring the Trail Blazers 33-23 to take an 18-point lead into the fourth quarter in the 107-98 win.

Over the course of Butler’s NBA career, he’s never been afraid to offer an opinion, even criticisms directed at his teammates. Whether or not he was joking, it appears that he’s content with the way the Heat are playing on the defensive side as they forge ahead toward the postseason.