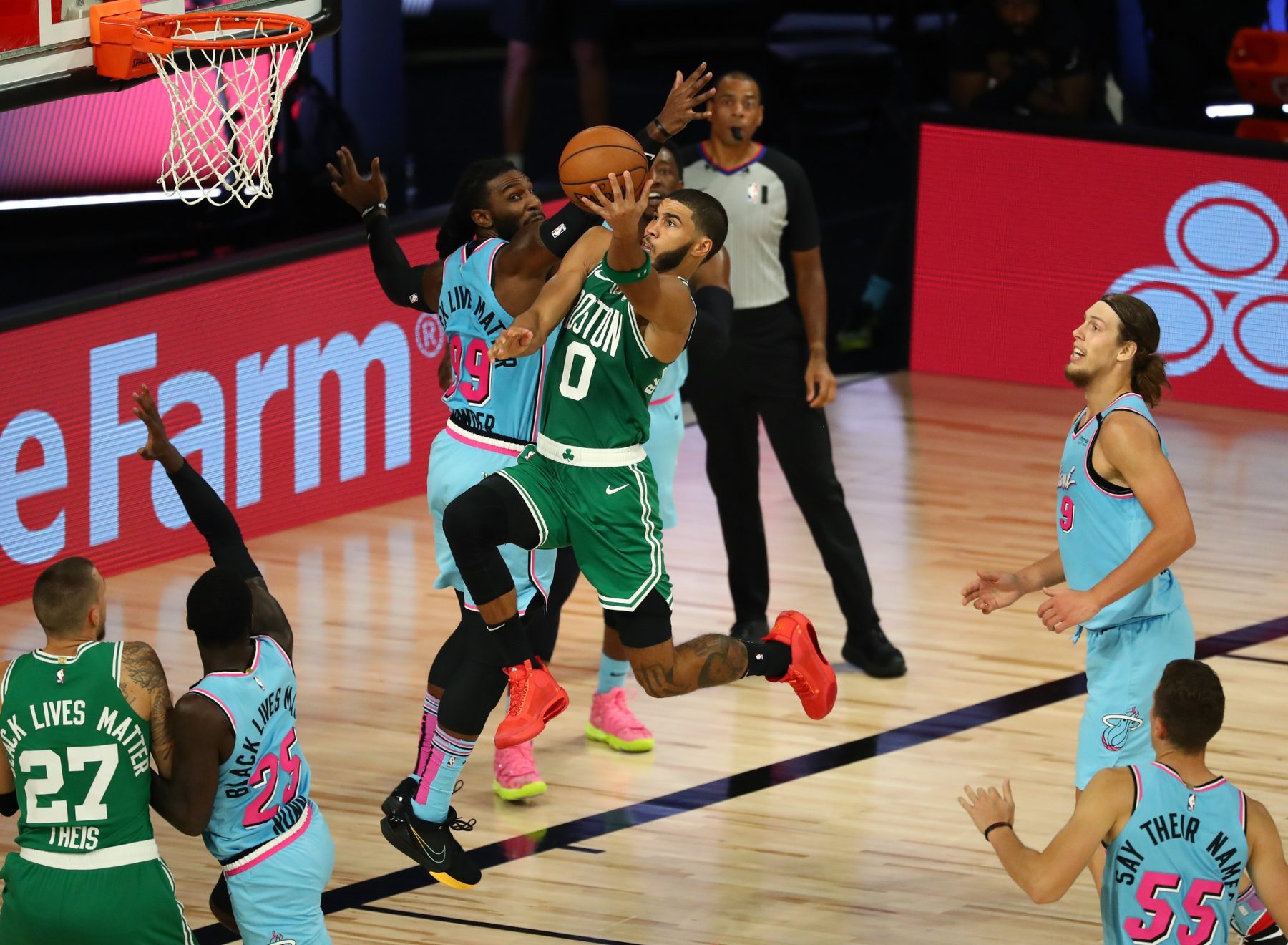 The Miami Heat have their Eastern Conference Finals opponent.

On Friday, the Boston Celtics defeated the Toronto Raptors, 92-87, in Game 7 of their second-round series to advance to the conference finals.

Boston, led by budding superstar Jayson Tatum, will get to square off with a Heat team that is 8-1 this postseason.

Tatum, who scored 29 points and added 12 rebounds in the Game 7 victory, spoke about playing Miami in the next round.

Jayson Tatum on the Heat: “They are bigger than us for the most part. They are a great team, well coached and they really compete.”

Miami rolled through its second-round series against the top-seeded Milwaukee Bucks.

The Heat, led by All-Star Jimmy Butler, have one of the most well-rounded offensive attacks in the NBA.

Miami has played Boston three times this season, winning one of the matchups.

The win came on Aug. 4 during the NBA’s seeding games prior to the playoffs. Miami defeated the Celtics in that game, 112-106.