Don't Miss
Home / Media / Jimmy Butler: ‘I Hate to F—— Lose With a Passion at Anything’

Jimmy Butler: ‘I Hate to F—— Lose With a Passion at Anything’ 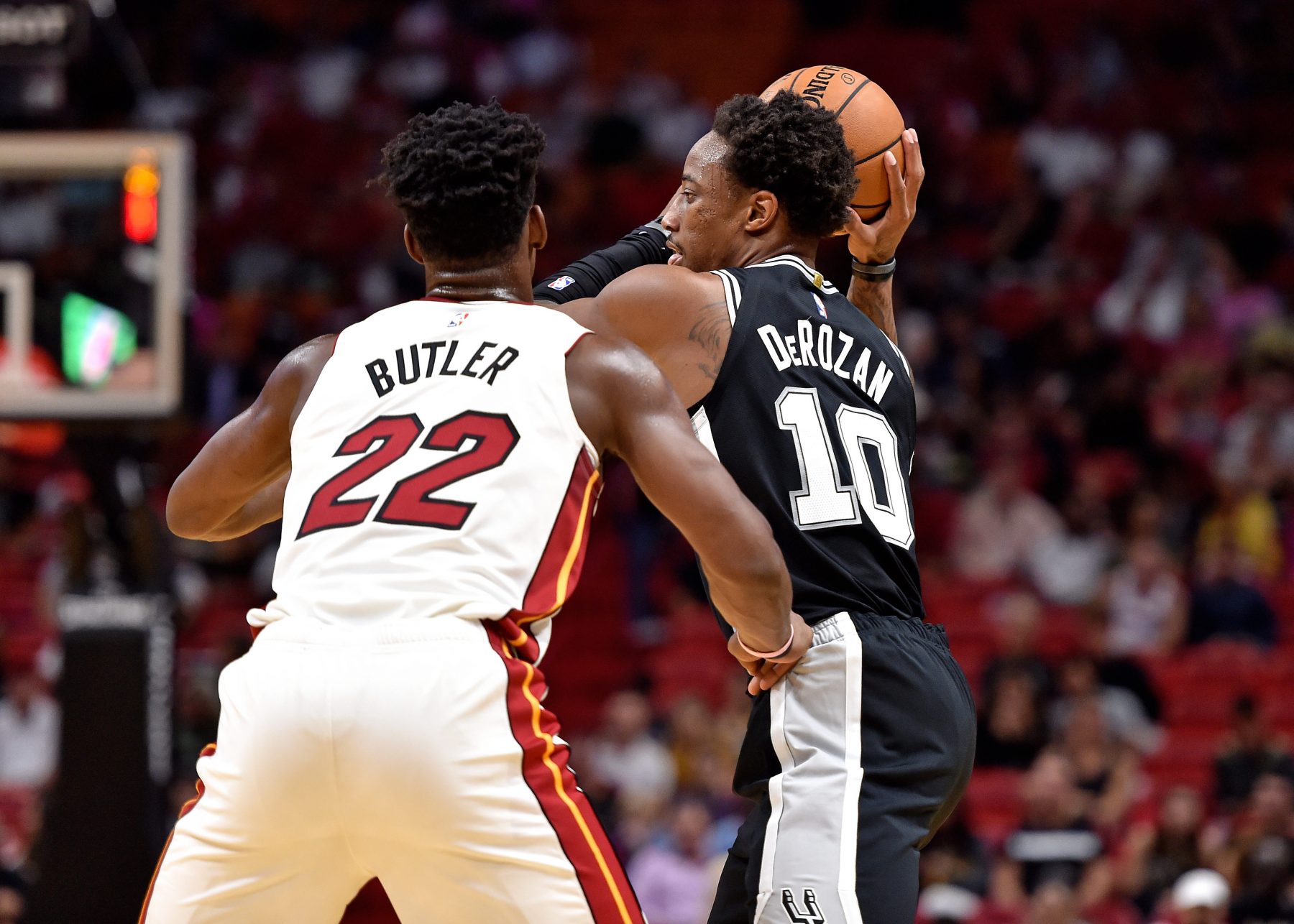 For many years, Dwyane Wade endeared himself to the good people of South Florida, not just with his talent and skills, but also by being one of the NBA’s best in crunch time.

It was a tendency that emanated from Wade’s innate competitive spirit.

Miami Heat fans should be delighted that their new star has that same disdain for losing.

In an article for Haute Living, Butler didn’t hold back when talking about how important winning is to him.

“I hate to f—— lose with a passion—at anything,” he declared. “I can never say that anybody is better than me at anything. It doesn’t register in my mind.

Prior to coming to the Heat a few months ago, Butler had played for bad or mediocre teams, first in Chicago, and then in Minnesota. Apparently, those experiences inflamed his already burning desire to win at all costs.

“I have always been a fierce competitor, but I haven’t always been like this,” Butler said. “Losing [hasn’t] always bothered me as much as it does now. I realized that I worked so hard to be one of the best at something, and when you put all of that time in, it hurts to f—— lose. You did all that for no f—— reason—that’s the part that gets me. If I wanted to lose, I just wouldn’t do [anything]. I’d sit around and just go on vacation 24 hours a day.”

This gnarly competitive streak can be a double-edged sword. Butler has not only been named to the NBA All-Star team four straight seasons, he was also voted onto the All-Defensive Second Team four times.

He has also come under fire for his sometimes contentious interactions with teammates over the years.

It remains to be seen if the “tension” that Butler inherently possesses and brings to his team will be beneficial or detrimental to the Heat this season.