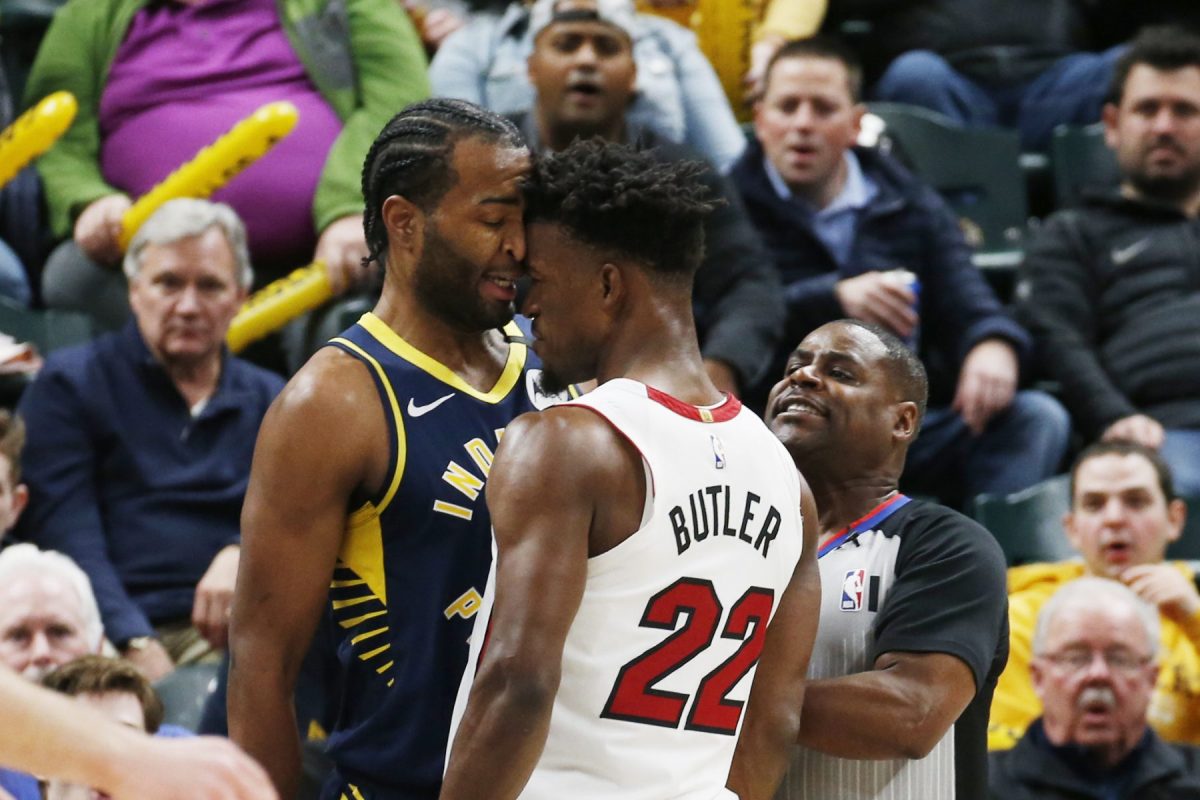 Even though Dwyane Wade is now retired, he’s eagerly watching the growing feud between his former Miami Heat team and the Indiana Pacers, with the spark first having been lit by the Heat’s Jimmy Butler and the Pacers’ T.J. Warren.

You gotta love it https://t.co/dJQXDf4PDC

The incident involving Butler and Warren took place during the third quarter of a Jan. 8 game on the Pacers’ home court and ultimately resulted in Warren’s ejection from the game, with both players later fined by the NBA.

After the game, the Pacers used social media to point to their next game with the Heat, while Butler was clearly dismissive of Warren’s talents.

“I mean, to me, I think it’s tough for him because I can guard him, and he can’t guard me,” Butler said. “At the end of the day, that’s what it comes down to. I think you just gotta watch your mouth in certain situations. Some s— you just don’t say as a man. He gotta see me the next time because I feel like what he said was truly disrespectful, and it’s all good ’cause we see him again.”

For good measure, Butler then applied the dagger to his opinion.

“He’s soft,” said Butler. “He’s not even in my f—— league, nowhere near me. If I was their coach, I would never put him on me ever again. Put somebody else on me, because I’m going to tear his a– up every game.”

The Heat and Pacers were scheduled to meet again before the 2019-20 was originally scheduled to end in April, but the NBA’s suspension of play on March 11 put that on hold.

When play does resume later this month, the Heat and Pacers will face each other twice during the eight-game conclusion to the regular season, playing on Aug. 10 and Aug. 14.