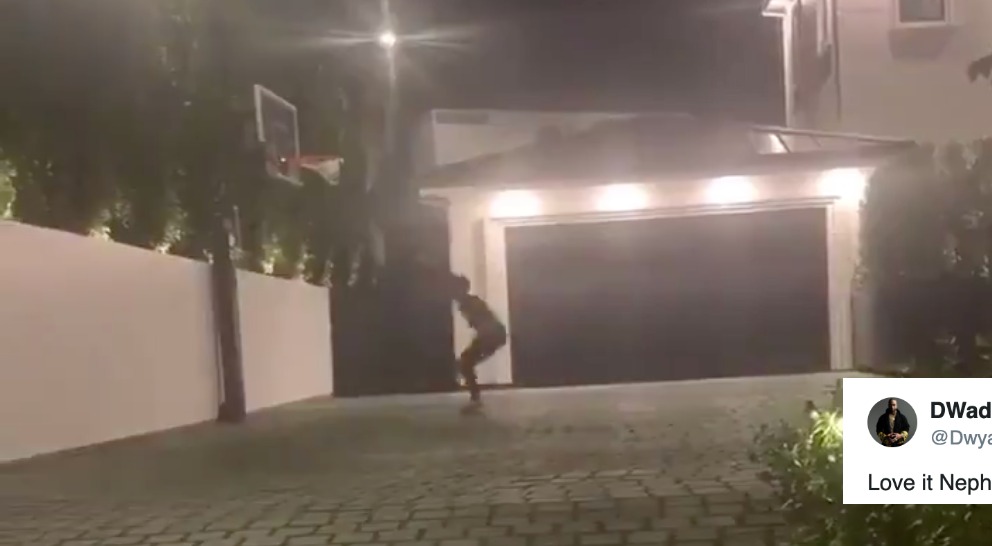 If anyone knows what it takes to be great, it’s Miami Heat legend Dwyane Wade.

That’s probably why he had to express his pride when he found out that LeBron James Jr. took it upon himself to engage in a recent early morning workout.

Wade is quite used to watching James ball out these days as both James and Wade’s son, Zaire, play alongside one another for Sierra Canyon School.

In fact, Wade and fellow Heat legend Udonis Haslem were seen watching James and the younger Wade make their debuts with Sierra Canyon during a game in China. In that game, James finished the night with just nine points. Perhaps that’s why he decided to take to his driveway to get some shots in before sunrise.

Now that Wade has said goodbye to the NBA, it’s been fascinating to watch him seamlessly transition into the role of mentor for younger basketball players. Whether it’s been youngsters in the NBA at his “The Invitational” earlier this month, or replying to high school phenoms on social media, it’s clear that Wade is committed to being a role model for those with basketball dreams.

As for James, he’s still quite a lot of time to improve before the NBA stars calling. His first high school season is on the way. If he keeps up these early morning workouts, there’s little question that he’ll continue to improve.