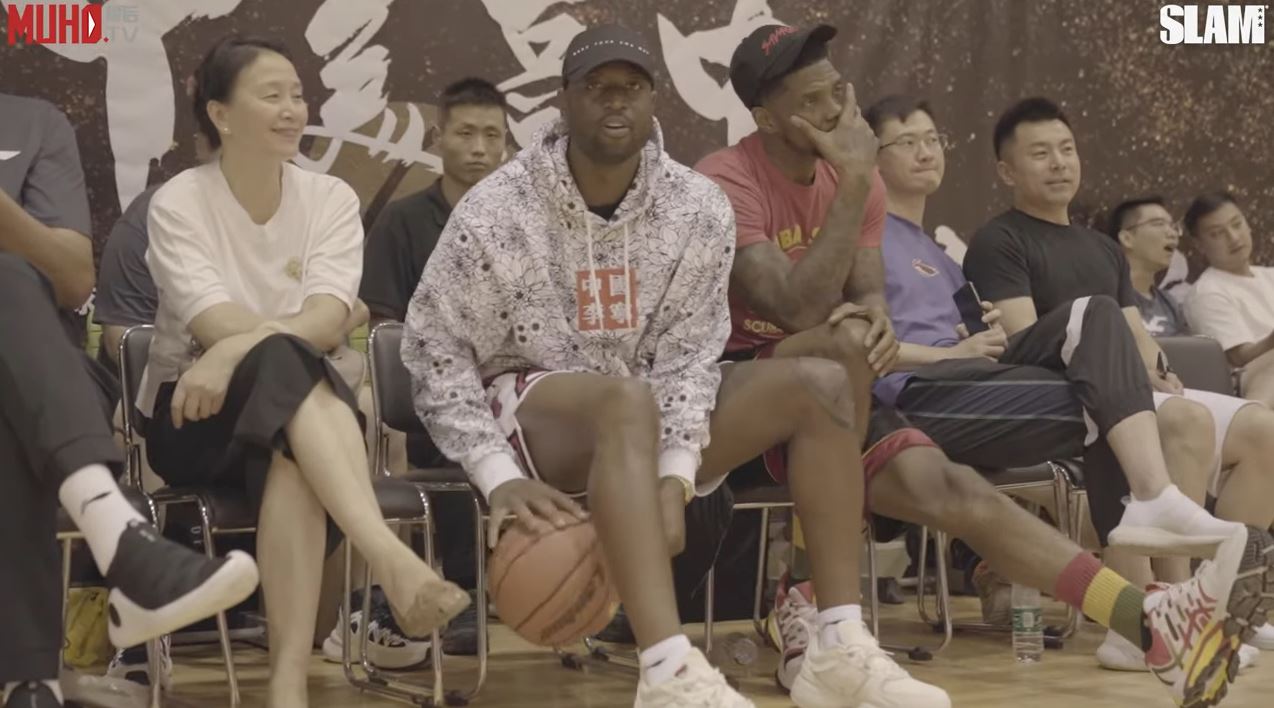 Zaire Wade and LeBron James Jr. are two of the most famous high school basketball players in the world. That fact is thanks much in part to their NBA star fathers.

As for LeBron James Jr.’s father, he was not able to attend the game. He was there in a sense, however, as many of the local fans donned his No. 23 Los Angeles Lakers jersey to show support for both the elder and younger James.

According to Tarek Fattal of L.A. Daily News, the Trailblazers beat the Hangzhou select team, 102-75. Sierra Canyon was led by Terren Frank, who had 18 points in the game and B.J. Boston, who added 16. James finished the night with nine points and Zaire Wade contributed six points on the night.

For Haslem, he’s likely enjoying watching two young kids he’s known for most of their lives before he begins preparing for his 17th NBA season. As for Dwyane Wade, he’s likely to be in attendance at much of his son’s games now as he enjoys his first year as a retired man.