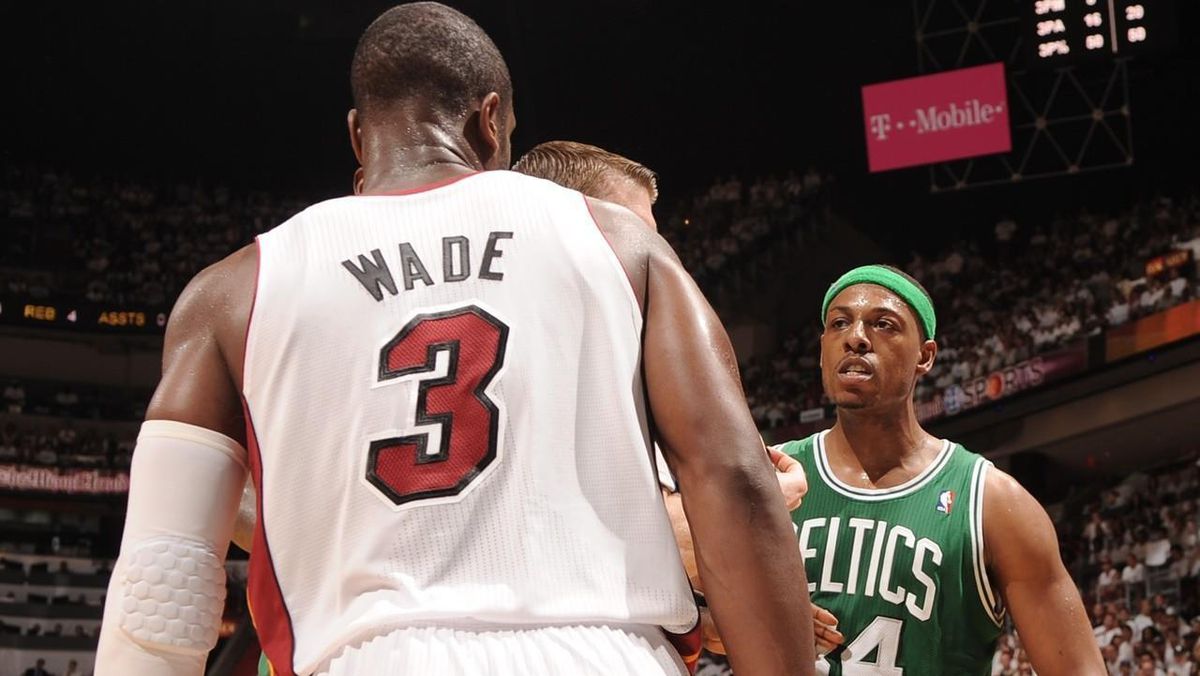 Against seemingly all odds, the Miami Heat have reached the NBA Finals by dispatching the Boston Celtics in the Eastern Conference Finals.

Once the series was clinched, team legend Dwyane Wade had a message for former Celtics star Paul Pierce.

Pierce and Wade have a recent history of going at it. It seems to date back to last year, when Pierce said on national TV that he was a better player than Wade.

Both certainly have sterling resumes, but in the end, Wade won three championships, while Pierce claimed only one.

The longtime Celtic has also thrown shade at the Heat in other ways.

Earlier this month, he made a ridiculous claim by saying the Heat hadn’t been “tested” yet in the postseason, even though they had just upset the top-seeded Milwaukee Bucks in convincing fashion.

Then, before Game 5 of the conference finals, Pierce dissed rising Heat star Tyler Herro for giving himself a nickname.

Now, Pierce has no choice but to eat crow, as one of his least favorite NBA franchises will be playing for its fourth championship.