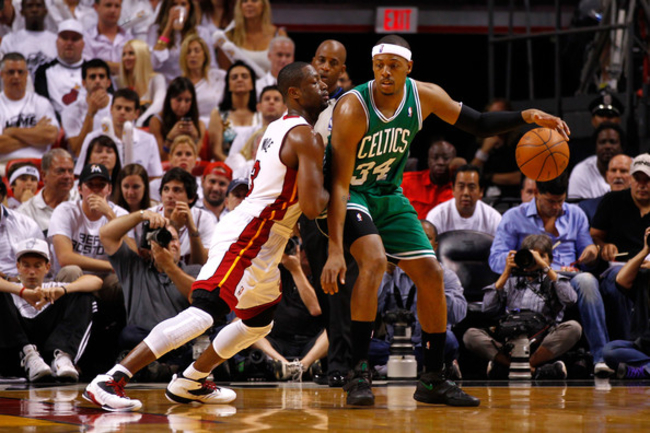 However, Pierce went to another level on Friday night. The Celtics forward said he’s easily the better player between him and Wade, and that the Heat icon had more help during his championship quests.

Beadle: "Paul, riddle me this: who's the better NBA player?"

Pierce: "That's easy! I can say that off the bat, that's me." pic.twitter.com/MYEmma7ju9

Wade, 37, is in the final year of his amazing career. While he’s not putting up superstar numbers like he did when he was younger, the All-Star is still entertaining fans. During his retirement tour, Wade has been dazzling fans with impressive dunks, buzzer-beaters and shot-making.

The veteran has career averages of 22.0 points, 5.4 assists and 4.7 rebounds per game. On top of that, Wade has three championships, a 2006 Finals MVP trophy and a gold medal.

Pierce, on the other hand, finished his career with averages of 19.7 points, 5.6 rebounds and 3.5 assists. While the 2008 champion hammered Wade for having help, Pierce also had multiple All-Stars beside him when he won his sole championship in 2008.
[xyz-ihs snippet=”HN-300×250-TextnImage”]