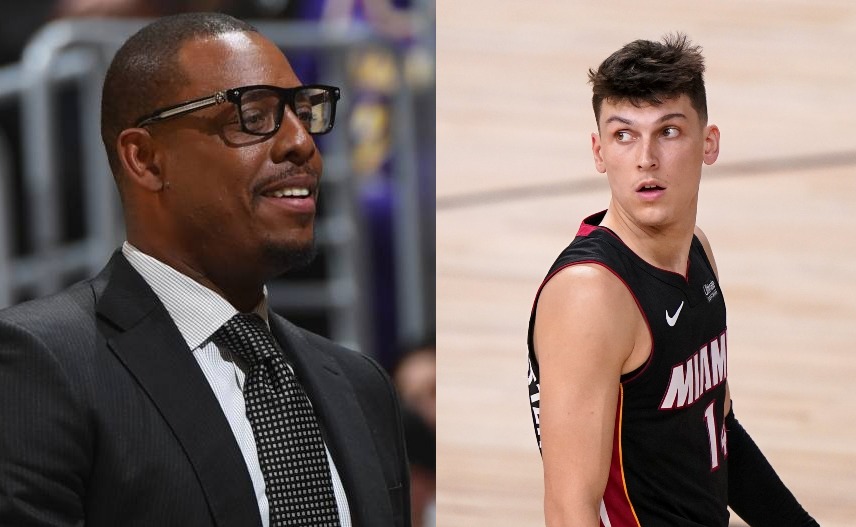 Miami Heat rookie phenom Tyler Herro has made a name for himself, especially after erupting for 37 points in Game 4 of the Eastern Conference Finals against the Boston Celtics.

Herro certainly doesn’t lack confidence or bashfulness, as he recently gave himself a nickname of sorts.

Former Celtics star Paul Pierce, however, threw some serious shade at the University of Kentucky product.

Paul Pierce on Tyler Herro "I can’t call nobody a 'bucket' if you ain’t averaging at least 20…if you average 11 I can’t give you 'I’m a bucket'" pic.twitter.com/3X96aeQiJ8

Even if Pierce feels that Herro nicknaming himself is a bit premature, he has to admit that the Miami guard is one of the most intriguing young players in the league.

When the Heat chose him with the 13th overall pick in last year’s NBA draft, most considered him a dead-eye outside shooter.

But not many expected him to show an adept ability to handle the ball in the open court, penetrate and finish in the paint and even set up his teammates.

Herro is a big reason why the Heat are not only just one win away from an unexpected trip to the NBA Finals, but why they also have an extremely bright future.