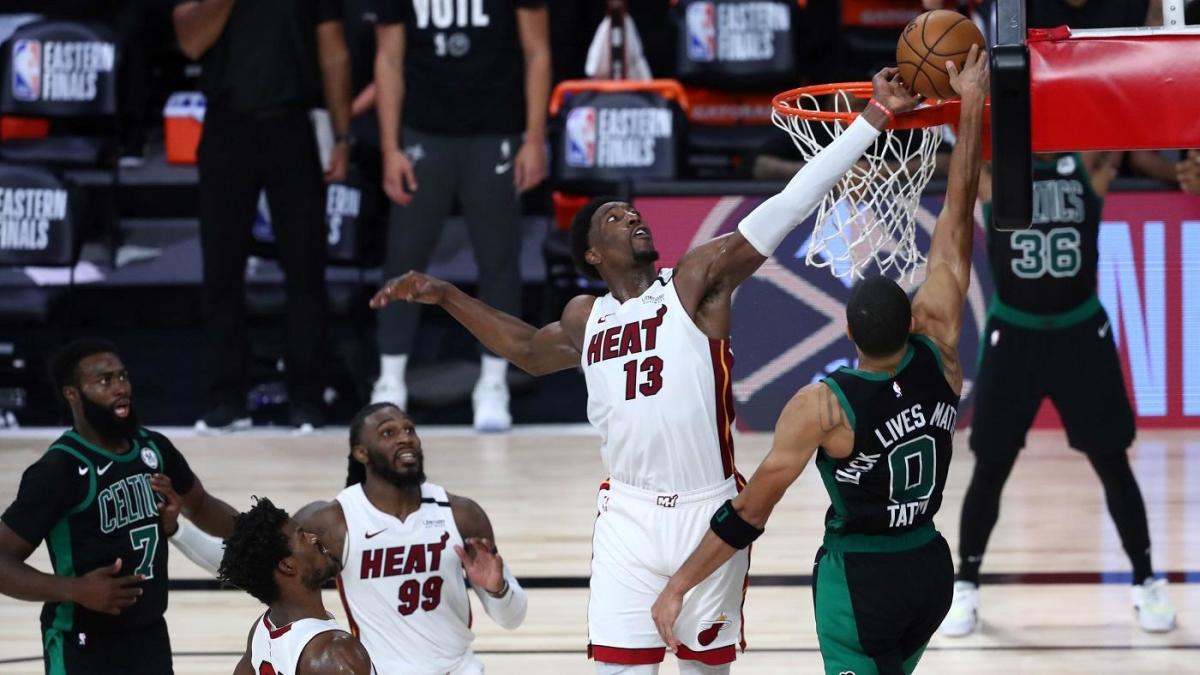 The block took place in overtime in Game 1 of the Eastern Conference Finals. It sealed the win for the Heat and set the tone for the rest of the series.

This week, Adebayo joined teammate Duncan Robinson on his podcast and admitted that he still talks trash about the legendary swat.

“I haven’t forgotten about it because I low key still talk s— to J.T. about it,” Adebayo said with a grin. “A lot of us in my draft class grew up together. Like grew up playing AAU together, growing up playing against each other so we all know each other. So we all talk s—.”

This season, both the Celtics and Heat have struggled to recapture the success that they enjoyed in the playoffs last year.

Adebayo is going to give it all he has if he wants to lead his team back to the playoffs this season.

Surely, he’ll be looking to make some more game-changing plays down the stretch of the regular season to make sure that happens.

Bam AdebayoFeaturedJayson Tatummiami heatNews Ticker
← Previous Story Jimmy Butler on why Miami Heat’s defense has been elite: ‘We got rid of Derrick Jones Jr.’
Next Story → Bam Adebayo discloses how Udonis Haslem forced him to speak up in huddle so he could learn to lead Miami Heat