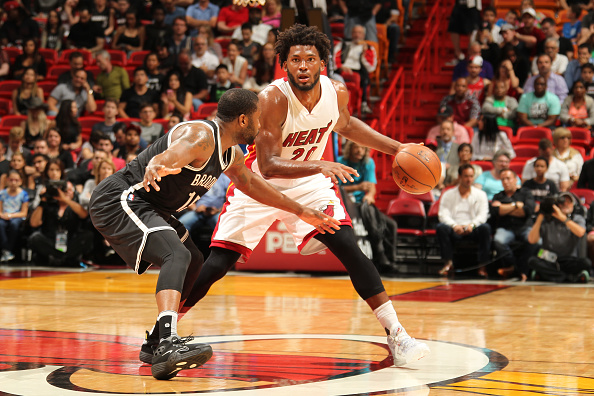 Miami Heat starting forward Justise Winslow had a successful one-hour, 20-minute surgery to repair a torn labrum in his right shoulder on Thursday according to an official statement from the team’s website. He will be in a sling for six weeks before he begins the rehab process and is expected to miss the remainder of the season.

According to Ira Winderman of the Sun Sentinel, the rehab process will take about six months which means Winslow should be able to participate in offseason summer workouts in 2017.

This is an unfortunate ending to a promising season for the second-year forward from Duke University. Winslow has appeared in just 18 games (also had a wrist sprain earlier this season) this season, averaging 10.9 points, 5.2 rebounds, 3.7 assists, 1.4 steals in 34.7 minutes of action. His production has increased in all categories from last season.

Winslow put out this statement expressing his disappointment on Twitter: