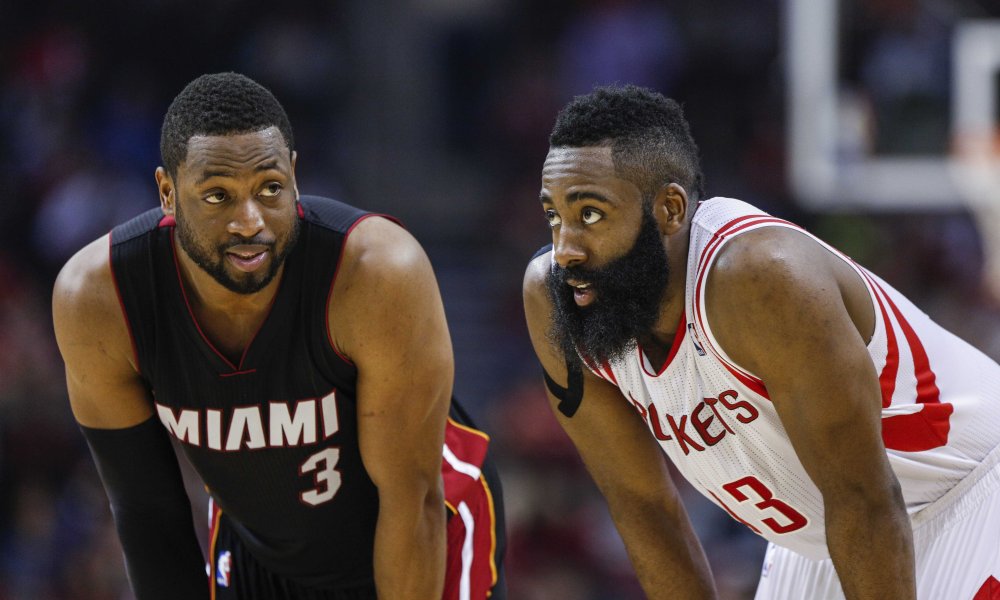 James Harden was the talk of the NBA world on Thursday night after a 3-point shot in overtime pushed the surging Houston Rockets over the Golden State Warriors, and Dwyane Wade couldn’t help but take to Twitter to remark on the defending MVP’s incredible performance.

Sheesh! James Harden is on one.

After starting the season off to an incredibly slowly, winning just four of their first 11 games, the Rockets have gone on a number of winning streaks to get themselves right back in contention for one of the top seeds in the Western Conference.

Most recently, the Rockets have won 11 of their last 12 games. Harden’s play has been the definitive reason for the turn around, and in Thursday night’s win over the defending champions, it was abundantly clear why.

After a back-and-forth game, Harden had to hit a 30-foot step-back jumper to get his team into overtime. Then, after falling behind by two points late in the extra period, Harden put the entire Rockets team on his back and shot a deep 3 with 2.7 seconds on the clock to claim victory, 135-134.

Harden has scored over 40 points in each of the Rockets’ last five games. He hasn’t scored less than 30 points in a game since Dec. 11. While some fans may have an issue with how Harden racks up his insane point totals by consistently getting to the free-throw line, there is no doubt that he is one of the best scorers in the NBA.

Wade sure seems to know that, and it’s great seeing him take to social media to voice his support for his fellow baller.
[xyz-ihs snippet=”HN-300×250-TextnImage”]