Report: Tyler Herro not traveling with Miami Heat for next 2 games 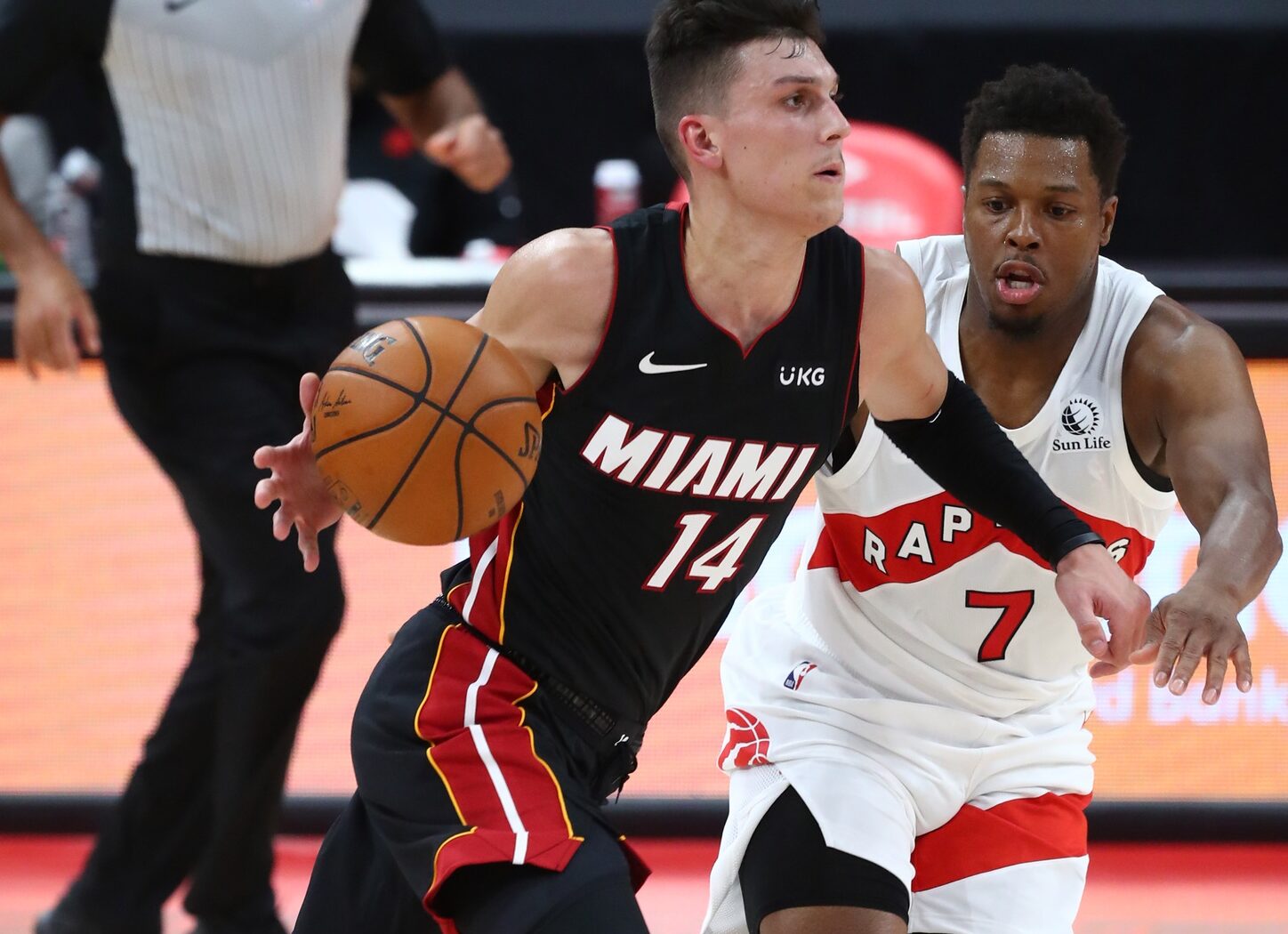 The Miami Heat will be without the services of second-year guard Tyler Herro for their weekend road contests against the Cleveland Cavaliers and Charlotte Hornets as he continues to rehabilitate an injured foot.

Tyler Herro (foot) not traveling for Heat's next two: Saturday in Cleveland, Sunday in Charlotte.

Herro has missed the Heat’s previous three games with the foot injury, with the team managing to win two of those three contests. However, with the Heat battling stiff competition for playoff position with other Eastern Conference teams, his return to the court would help give the team a huge boost.

Since the start of 2021, Herro has had a number of injury concerns that have kept him out of the lineup, including neck issues in January and a hip injury in February.

For the season, Herro’s role has shifted from being a member of the starting lineup into a key player coming off the bench for the inconsistent Heat.

In his 48 games this season, Herro’s numbers for the 2020-21 campaign are similar to what he produced during an impressive rookie season last season. He’s currently averaging 14.9 points, 4.9 rebounds and 3.4 assists per game.