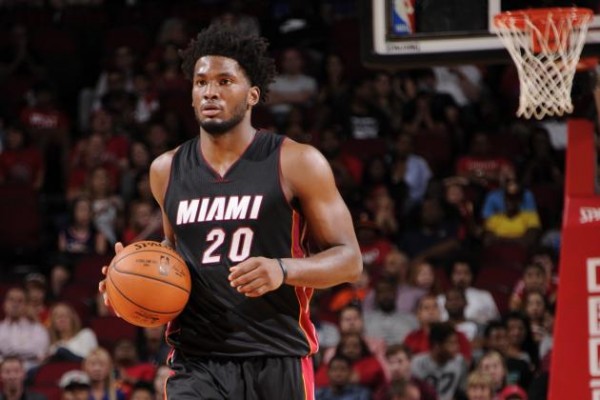 The Miami Heat announced earlier today that Justise Winslow has been selected to the 25-man roster for the 2016 Men’s Select Team. The team will train with the 2016 USA Basketball Men’s National Team from July 18-21 at the UNLV Mendenhall Center.

Many of the current USA National Team players got their starts through the Select Team such as Kevin Durant, Kyrie Irving, Klay Thompson, Kevin Love, and Russell Westbrook.

Winslow will be able to build off the experiences he had capturing three gold medals during the 2014 FIBA Americas U18 Championship, 2013 FIBA U19 Championship and 2012 FIBA U17 World Championship.

The Duke University product was immediately integrated into the rotation by Coach Erik Spoelstra during the season and played huge minutes in the playoffs. He led the Heat in games played this season while putting up a solid stat line of 6.4 points, 5.2 rebounds, 1.5 assists in 28.6 minutes per game.

The young forward’s experience from the Heat’s most recent playoff run is sure to be a huge asset as he faces off against the league’s very best talent this summer.

Winslow will be joined by other eight other players from his rookie class. The full team roster will also include many talented young players in the league like D’Angelo Russell, CJ McCollum, and others.
[xyz-ihs snippet=”Responsive-Ad”]