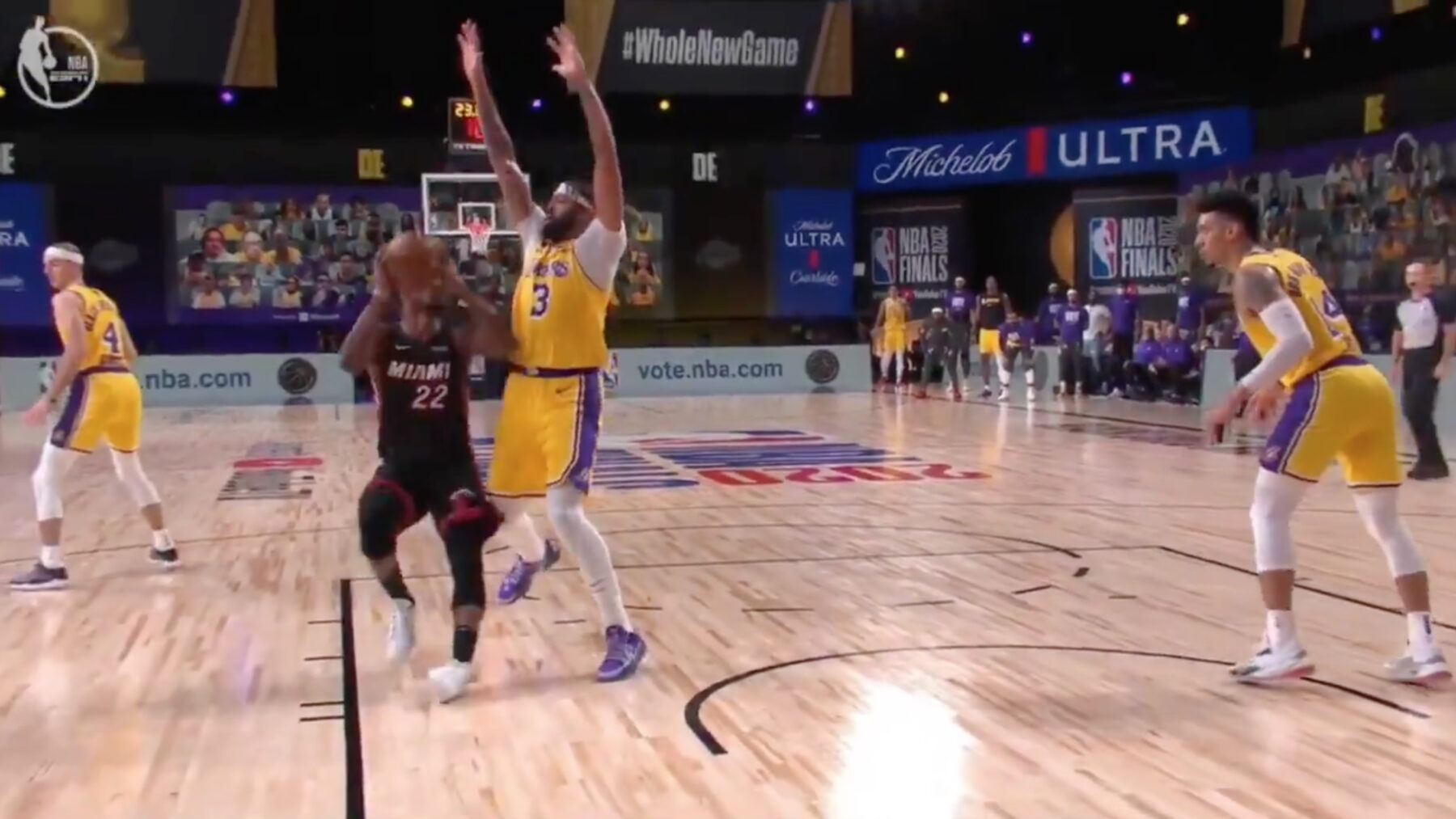 The Miami Heat’s first appearance in the NBA Finals in six years is off to a bad start.

Not only did they fall behind 65-48 at halftime, but All-Star Jimmy Butler appeared to suffer an injury late in the second quarter.

Butler was seen limping around, but he was able to continue to play.

Butler had a monster first half with 16 points, four assists and two steals.

The Heat took an early double-digit lead, but the Los Angeles Lakers came roaring back and took control of the game in the second quarter.

A big reason for Miami’s deficit is that its offense, which was hot early, went into a prolonged drought in the second period.