Miami Heat News: Heat to Possibly Be Without Four Starters vs. Celtics 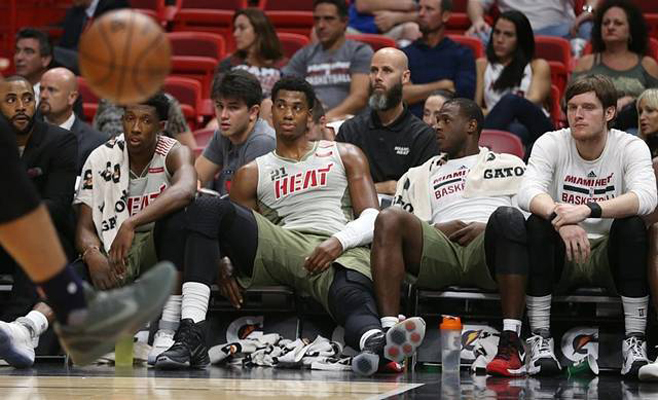 Monday night’s contest between the Miami Heat and Boston Celtics will be far from perfect, mostly because both teams will be missing key players.

According to Ira Winderman of the Sun Sentinel, the Heat will now be without both Tyler Johnson (tooth) and Dion Waiters (groin).

Johnson and Waiters will join sophomore Justise Winslow (wrist), who’s missed the last seven games, on the sidelines. It could get worse as starting center Hassan Whiteside, who is dealing with an issue in his left knee, is listed as questionable alongside Goran Dragic who may miss his sixth game in the last 10 contests.

However, there is good news too.

Guard Wayne Ellington, after suffering a bruised right thigh at the end of the preseason, is finally cleared to play and will most likely make his season debut. In addition, backup center Willie Reed, who had missed the past four games with a hyperextended right knee, is set to return.

On the bright side, it looks like Wayne Ellington (thigh) will make his season debut and Willie Reed (knee) will return. https://t.co/WJvg7y37Bx