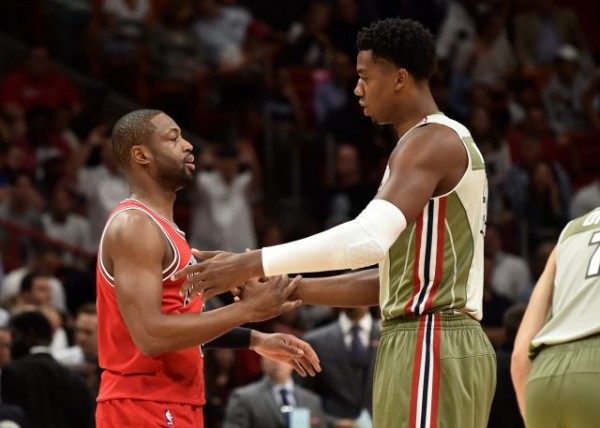 The potential prospect of Dwyane Wade getting bought out of his Chicago Bulls contract has the Miami Heat’s Hassan Whiteside excited about a possible reunion. That became clear from his subtle post on Twitter Wednesday afternoon.

The GIF is a scene from the 1972 film, “Jeremiah Johnson,” starring Robert Redford, with the visual clearly indicating Whiteside’s desire to see Wade back in a Miami uniform for the 2017-18 season.

Right now, the 35-year-old Wade remains a property of the Bulls, but with that franchise having begun a rebuilding program, the likelihood of it keeping a veteran player making $23.8 million for this season seems remote. The veteran played the first 13 years of his career with the Heat before leaving in free agency 13 months ago. However, he’s made it clear that a reunion with the Heat isn’t out of the question.

During Wade’s final season with Miami in 2015-16, Whiteside came into his own as an NBA center, leading the league with an average of 3.7 blocked shots per game. Last season, Whiteside ended up as the NBA leader in rebounds, grabbing an average of 14.1 per game.
[xyz-ihs snippet=”HN-Native-EndofArticle”]