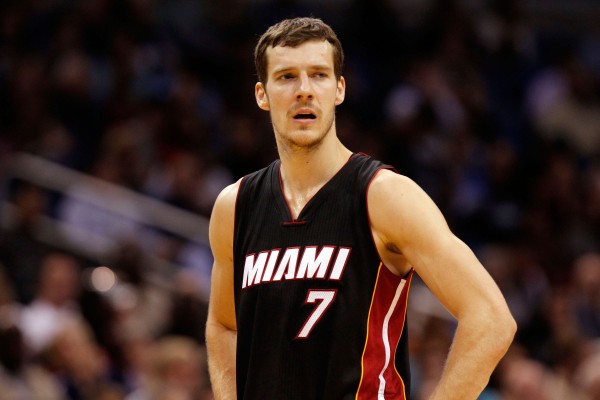 The issue of Goran Dragic’s playing status for the Miami Heat’s Christmas Day home matchup against the New Orleans Pelicans appears to be decided.

Goran Dragic says his wrist is sprained, but doing ok. Says he plans to play tomorrow.

Dragic was unable to play in Tuesday night’s home loss to the Detroit Pistons because of the injury. On Tuesday, Lieser reported that Dragic had indicated that the injury took place sometime during the team’s victory over the Portland Trail Blazers last Sunday.

Swelling developed Monday night, but an X-ray and MRI indicated that no break took place. However, at first, the Heat training staff considered the injury to be similar to tendinitis.

That health issue compounded Dragic’s recent problems, which also included a sprained right thumb that was particularly painful when he had the ball passed to him. In addition to those injuries, Dragic also had a tooth knocked out during the Miami win at Brooklyn on December 17.

In 26 games this season, Dragic is averaging 11.3 points and 5.3 assists per game, with the points average decidedly down from his previous three seasons.
[xyz-ihs snippet=”Responsive-Ad”]