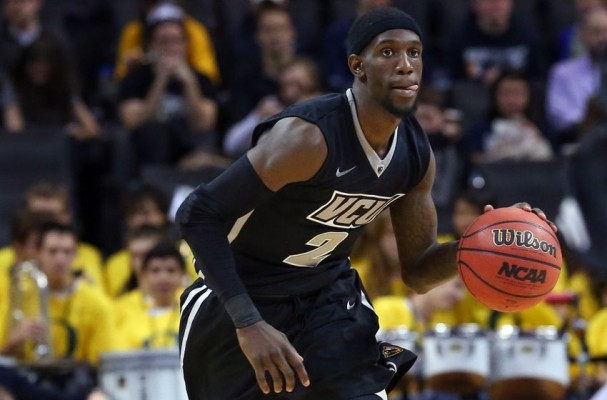 Briante Weber won’t be joining the Miami Heat for training camp after all.

Weber failed his physical due to a knee injury he sustained last season during his senior year at Virginia Commonwealth University.

Despite the fact that he won’t join the Heat for training camp, the undrafted free agent still hopes to play for the organization. According to Weber’s agent, Bill Neff, the guard hopes to play for the team’s D-League affiliate Sioux Falls Skyforce, once he fully recovers from his knee injury:

“It was a situation I would describe as one we knew would occur. Our goal was we want to be with the Heat. That has not changed…He will go back home now, but we will remain in touch with the team.”

The 6’2″ guard made a name for himself in college as a standout defensive player. He was named the Atlantic 10 Defensive Player of the Year for three straight years from 2013 through 2015. His senior season was cut short when he tore his ACL and MCL in late January of the 2014-15 season.

Weber was just 12 steals shy of becoming the NCAA’s all-time leader in that category. He also set a school record with a vertical leap of 45 1/2 inches.

With Weber now off the roster, the Heat currently have 18 players as they look to open training camp on September 29th.
[xyz-ihs snippet=”Responsive-Ad”]