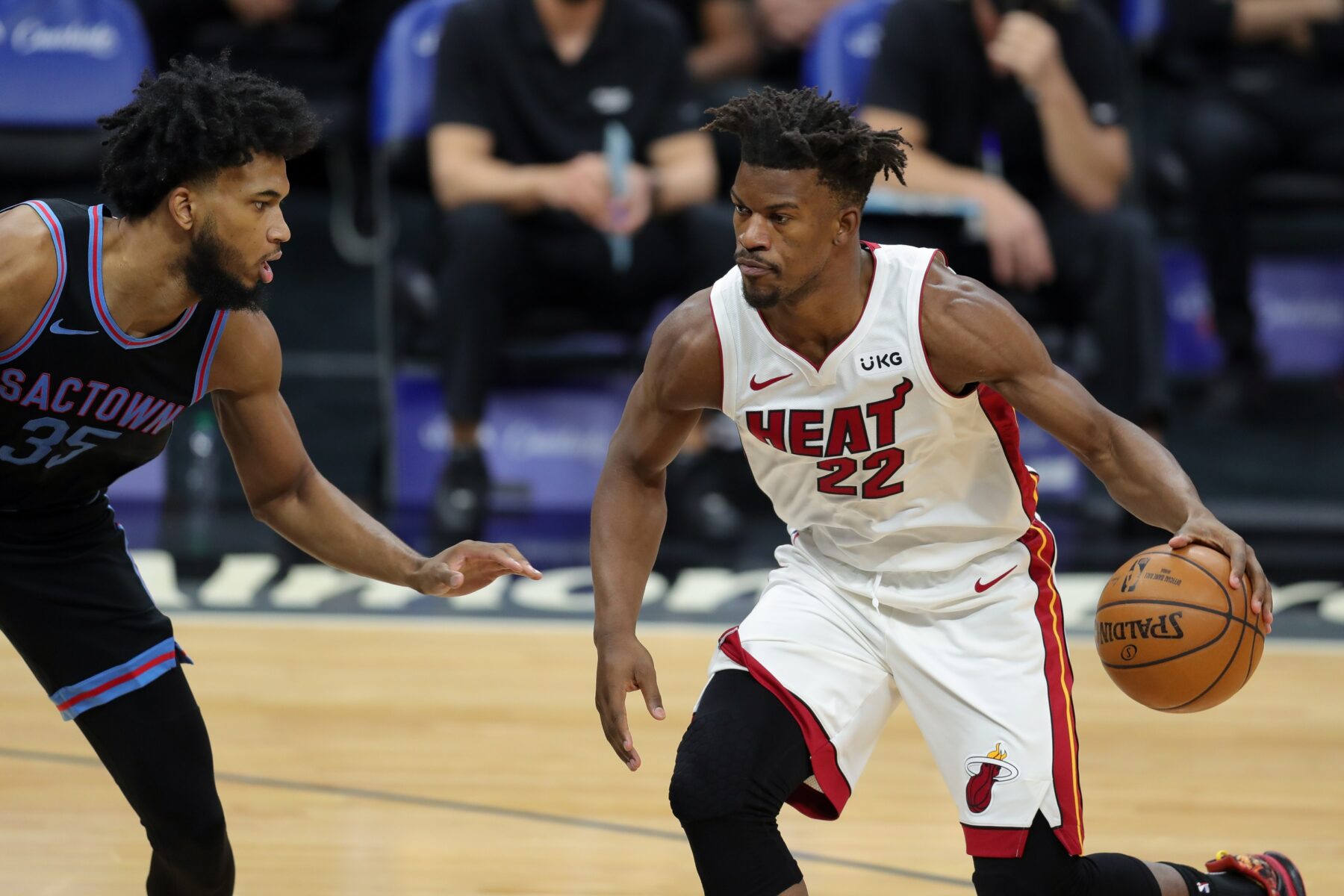 The Heat say Jimmy Butler (knee) has been ruled out of tonight's game against Atlanta.

Butler missed Sunday’s win over the Atlanta Hawks and will also sit out the rematch on Tuesday.

Butler, a five-time All-Star, is having a stellar second season with the Heat, averaging 20.1 points and a career-best 7.8 assists and 7.8 rebounds per game.

Butler was not selected to an All-Star team this year, but rumors have circulated that he turned down an offer to replace injured Brooklyn Nets forward Kevin Durant on the East’s roster.

An NBA spokesperson has since denied those reports.

After Tuesday’s matchup, the Heat have one more game on Thursday against the New Orleans Pelicans before the All-Star break.