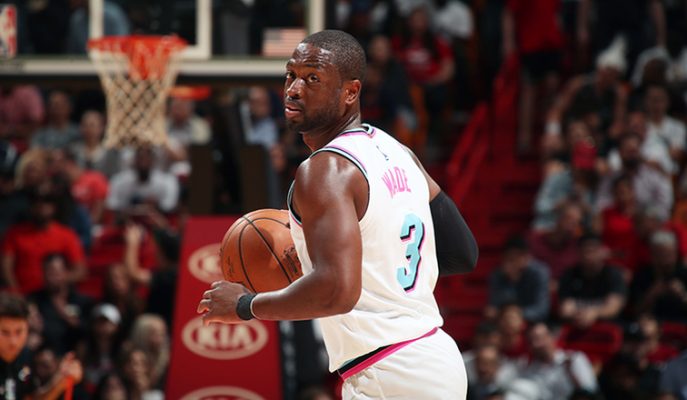 After a nearly two-week absence due to the birth of his daughter, Miami Heat shooting guard Dwyane Wade will return to the court Tuesday in a matchup against the Brooklyn Nets.

He's back and will play.

Dwyane Wade has returned to the Miami Heat after about a two-week leave to be with his daughter. pic.twitter.com/YmNyPDZjQ0

Wade announced the birth of his daughter via social media back on Nov. 8, and it was reported several days later that the three-time NBA champ was going to take some time away from the court to spend time with his wife and daughter.

Wade’s hiatus will come to an end in front of a home crowd tonight, and the Heat will definitely look to make use of his veteran leadership and get a much-needed win. Since Wade’s absence, the Heat have lost five of their last seven games.

Hopefully, Wade’s leadership abilities along with his 14.3 points, 4.0 rebounds, and 2.9 assists per game will help Miami get back on track.
[xyz-ihs snippet=”HN-300×250-TextnImage”]