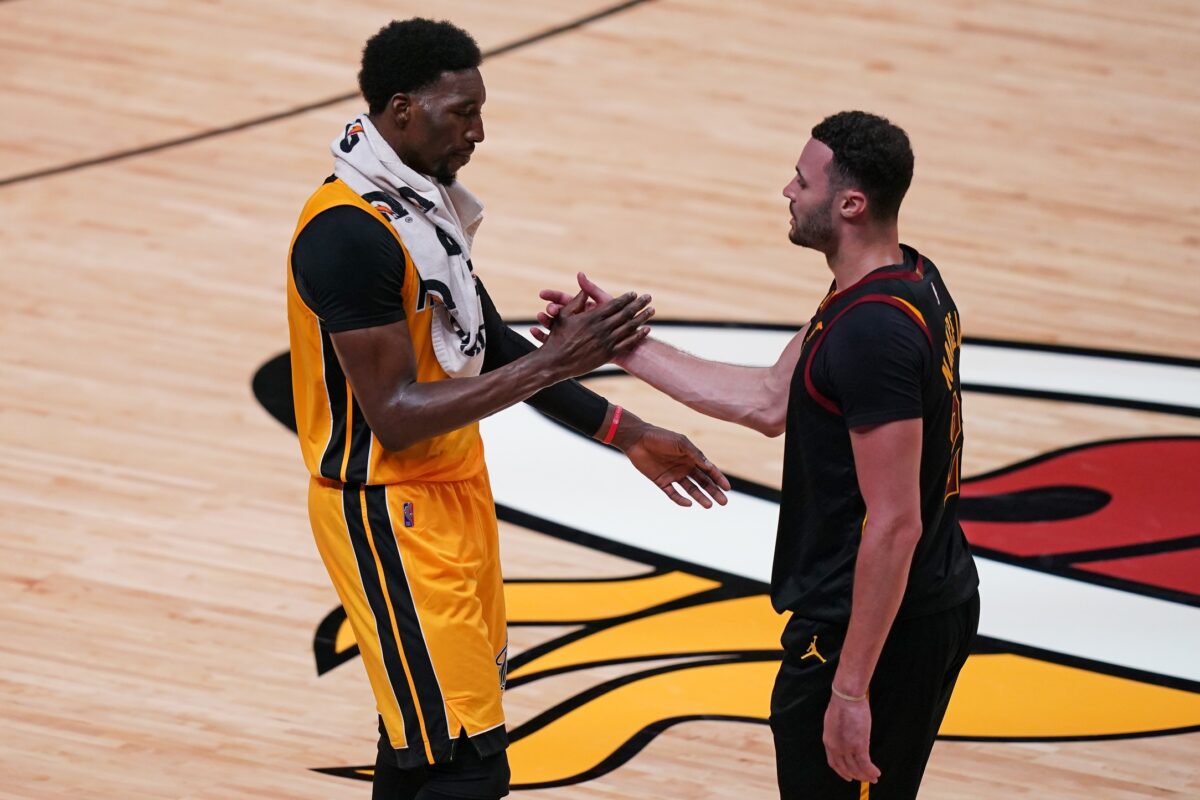 The Miami Heat have been looking for a big man to help them out in the frontcourt.

It appears the Heat were eagerly attempting to lure stalwart Larry Nance Jr. from the Cleveland Cavaliers before the trade deadline.

“Why playoff contenders — New Orleans, Miami, Dallas, Boston and Philadelphia — were desperately trying to pry him away. Why the Cavs were determined to keep him, turning down at least one offer with multiple late first-round picks.”

Nance, 28, is arguably one of the most underrated players in the league.

The big man doesn’t get much national attention as his Cavaliers are one of the worst teams in the league. The Cavs hold a 17-29 record.

Nance is collecting 10.1 points, 7.1 rebounds, 3.1 assists and 1.8 steals per game this season. He does a little bit of everything on the court, including being an absolute pest on the defensive side of the floor.

As a result, the Heat showed trade interest in the veteran. While the Heat weren’t able to acquire Nance at the deadline, they did make other key moves.

The Heat acquired two-time All-Star Victor Oladipo from the Houston Rockets and forward Nemanja Bjelica from the Sacramento Kings on Thursday.