Report: Miami Heat Not Ruling Out Trade With Minnesota Timberwolves 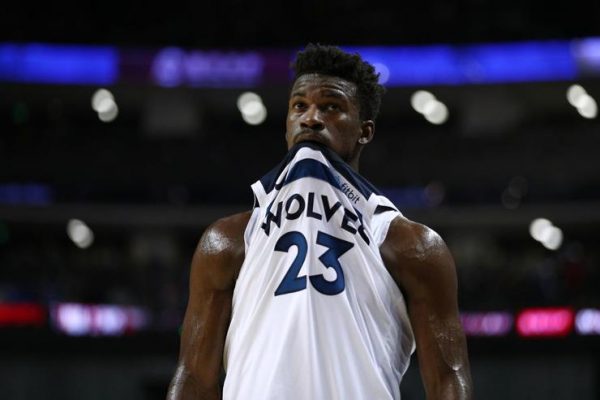 When trade talks between the Miami Heat and Minnesota Timberwolves broke down last week, it seemed quite likely that there was no going back. According to recent reports, however, that doesn’t mean a potential deal for All-Star Jimmy Butler is dead for good.

In a Tuesday evening article, Miami Herald‘s Barry Jackson broke down what would have to happen for the Heat to engage in new trade talks with the Wolves organization:

“A Heat source said last week that Miami would not go back to Minnesota to re-start talks, but the Heat would not rule out a trade if Minnesota reaches out to them.”

This signifies a fairly dramatic change in approach from team president Pat Riley and the rest of the Heat front office. For the last several weeks, it seemed they were throwing out a plethora of different packages to land Butler, including a offer that reportedly included talented youngster Josh Richardson and a protected first-round draft pick.

Now, it looks like the Heat are planning on playing hard to get. Perhaps that’s the best course of action when it comes to dealing with a Minnesota team that seems on the verge of total collapse.

Last week, Butler rejoined his team for a scrimmage for the first time since requesting a trade. While he reportedly put on an impressive performance, he also spent quite a bit of time accosting his fellow teammates and general manager Scott Layden.

While that may not paint the greatest picture when it comes to Butler’s role as a leader and teammate, it certainly does signify just how badly he wants to be on a new team.

There’s no telling what will come of Butler’s future in Minnesota, but one thing is for sure: the Heat won’t get into another conversation with the Timberwolves unless they prove that they are truly ready to deal.
[xyz-ihs snippet=”HN-300×250-TextnImage”]