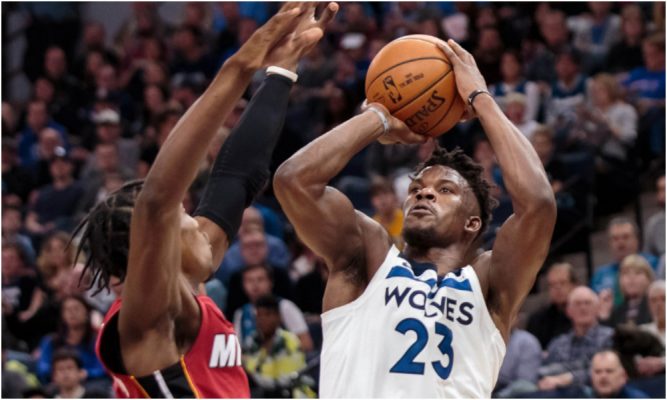 According to ESPN’s Adrian Wojnarowski, the Miami Heat and Minnesota Timberwolves were on the verge of finalizing a deal to send disgruntled All-Star Jimmy Butler to the Heat over the weekend.

However, after the Wolves pushed for more than what the Heat were willing to offer, the deal was taken off the table.

Per Wojnarowski, after refusing to include budding young star Josh Richardson in any proposed deal, the Heat acquiesced in the Wolves’ demands regarding Richardson over the weekend:

“Miami had softened on including guard Josh Richardson in versions of a possible deal for Butler, only to recoil once Minnesota pushed late for a sweeter return on the four-time All-Star forward, league sources said.”

It seems that the Heat are willing to negotiate and restructure whatever package is necessary to get Butler in Miami, but the Wolves are literally asking for the entirety of the Heat’s young assets.

Wojnarowski also states that the Heat had been searching for a third team to re-route the contract on Dion Waiters:

“Miami had been searching for a third team to re-route a contract, which included conversations on Miami guard Dion Waiters, sources said. Incentivizing a third team with draft picks became one of the road blocks in Minnesota completing the trade, league sources said.”