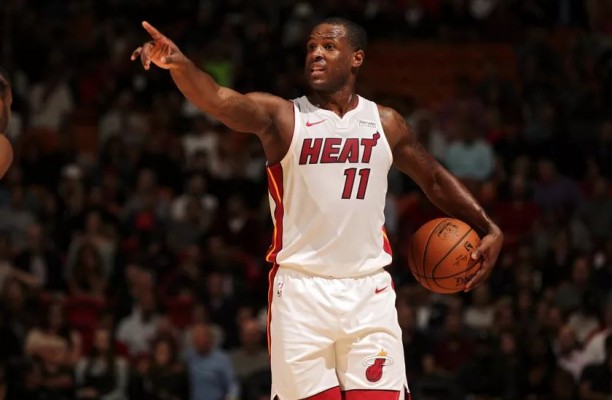 The Miami Heat are looking to bring back several key players from last season’s roster and perhaps even bring in some additional talent as well.

According to AmicoHoops.net, that could leave the Heat looking to make room for those kinds of moves by parting ways with shooting guard Dion Waiters:

Waiters still has three years and approximately $36 million left on his current contract. He is also still recovering from a left ankle injury that was initially projected to keep him out for eight to 10 months. While he averaged 14.3 points, 3.8 assists, and 2.6 rebounds in the 30 games he did play last season, he will likely find himself competing for minutes in Miami’s crowded backcourt in the 2018-19 season.

With the Heat hoping to bring back players like Wayne Ellington, Dwyane Wade, and Udonis Haslem, as well as possibly signing Carmelo Anthony if he should become available, it looks like Waiters could become the odd man out. That is, if they can find someone willing to trade for him.

“So far, Miami hasn’t found a suitable trade market for Waiters, as opposing teams are unsure how he’s going to produce after coming off ankle surgery,” Ashish Mathur of Amico Hoops wrote.

This offseason was predicted to be fairly quiet for Miami. However, it now seems as though things could starting heating up rather quickly.
[xyz-ihs snippet=”HN-300×250-TextnImage”]