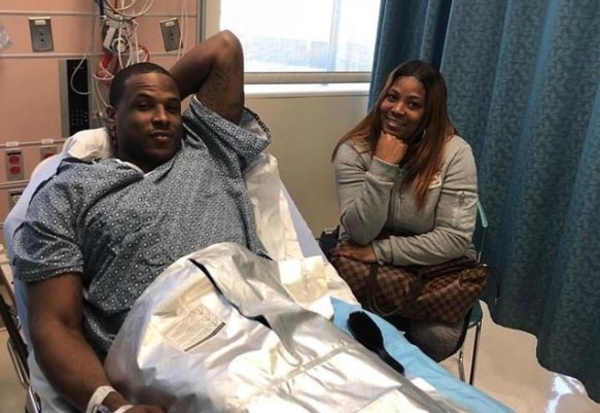 Over a week ago the Miami Heat announced that shooting guard Dion Waiters had elected to have surgery to repair a left ankle that has now caused him to miss significant time over the last two seasons.

Waiters will undergo surgery Monday and according to Manny Navarro of the Miami Herald, it will take between eight to 10 months for the streaky shooter to fully recover.

On Monday morning, Waiters himself posted a photo on Instagram in what appears to be a pre-surgery bed.

To be continued!!!!! Y’all kno the motto MrBetOnYourSelfThenDoubleDown Minor setback for a major comeback!! ????✊? #MomDukes @_monielove

It’s a shame to lose Waiters for the the rest of the season, but it seemed clear that his left ankle would’ve continued to hamper him unless drastic measures were taken. The talented guard missed the last 13 games of the 2016-17 season due to an ankle injury and was reportedly in excruciating pain from the injury he sustained after rolling his ankle while driving to the basket in a win over the Dallas Mavericks on Dec. 22.

As for the rest of his team, the Heat have taken the loss of Waiters in stride and have won 10 of their last 14 games. They have also sought a $5.5 million disabled player exception that could be used to acquire a player on an expiring contract either through trade or following a contract buyout.

Unfortunately for Waiters, his injury will force him to miss out on the $1.1 million bonus that he would have received had he managed to play in 70 or more games this season. He likely isn’t focused on that, however, and is far more interested in beginning his rehab process and getting back on the court as soon as possible.
[xyz-ihs snippet=”HN-300×250-TextnImage”]