Miami Heat Rumors: Heat Have Privately Told Wayne Ellington They Want Him Back 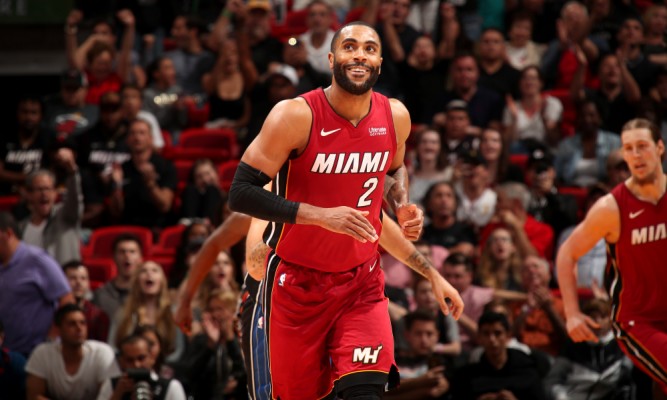 According to Barry Jackson of the Miami Herald, impending free agent Wayne Ellington and the Miami Heat would like to find a way to get a new deal done to keep Ellington in Miami.

“And both parties would like to make it work,” Jackson wrote. “Ellington has said he wants to stay, and the Heat has conveyed privately that it would like him back.”

While the mutual interest is certainly a good first step to keeping the sharpshooting guard in Miami, the numbers could serve as a fairly difficult hurdle.

“But his return is not certain because of the possibility another team could offer Ellington more than Miami is comfortable paying, especially with the Heat needing to eventually trim salary to keep Ellington and avoid paying a luxury tax,” Jackson wrote.

“With $120 million committed in salaries and a $123 million tax threshold, signing Ellington would push the Heat at least several million dollars above the luxury tax threshold – a position the Heat historically has been reluctant to be unless it has a genuine championship contender.”

For the Heat to sign Ellington, and make other moves this offseason, it would likely have to move some players currently on its roster. While players like Hassan Whiteside and Tyler Johnson come to mind in terms of opening up both roster spots and much-needed cap space, it is unclear what kind of market, if any, exists for either of those two players.

Making multiple big moves this offseason seems rather difficult for the Heat considering its current cap situation, but if there is any team capable of making those moves, it might be Pat Riley and the Miami front office.
[xyz-ihs snippet=”HN-300×250-TextnImage”]