Report: Kendrick Nunn was targeted by teams at trade deadline, is expected to receive ‘significant interest’ in offseason 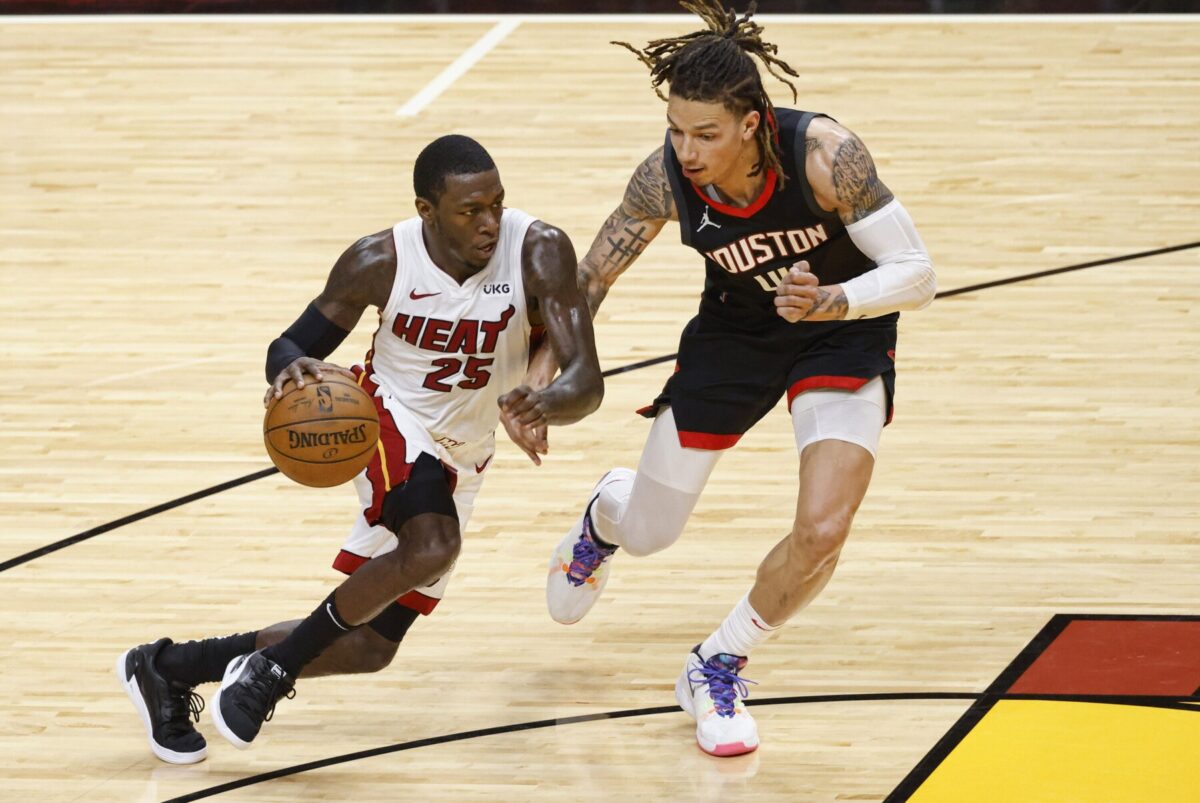 Miami Heat guard Kendrick Nunn garnered some serious interest at this year’s trade deadline and is expected to be a hot commodity in free agency, according to BasketballNews’ Alex Kennedy.

“Multiple teams inquired about Nunn’s availability, and at least two of those teams have shifted their focus to pursuing the 25-year-old once he becomes a free agent this offseason. Nunn will be a restricted free agent once the Heat extend a $4,736,102 qualifying offer.

“Judging by the number of teams that showed interest prior to the trade deadline and the fact that Nunn is currently playing the best basketball of his career, he’s expected to receive significant interest once free agency begins.”

He has improved as a shooter this season, as his 3-point percentage has jumped from 35.0 percent last year to 38.3 percent this season.

Nunn is also shooting 46.8 percent from the field and has once again played himself into a key role in Miami’s rotation.

The Heat could match any offer for Nunn since he will be a restricted free agent, but it will be hard to keep him around if another team signs him to a massive offer sheet.

FeaturedKendrick Nunnmiami heatNews Ticker
← Previous Story Report: Nothing over past 2 weeks points to Victor Oladipo being ‘viable playoff competitor’ for Miami Heat
Next Story → Report: Bucks aimed great deal of frustration at Mike Budenholzer after they lost to Heat in last year’s playoffs