Report: Juwan Howard Could Have Inside Track to Zaire Wade and LeBron James Jr. 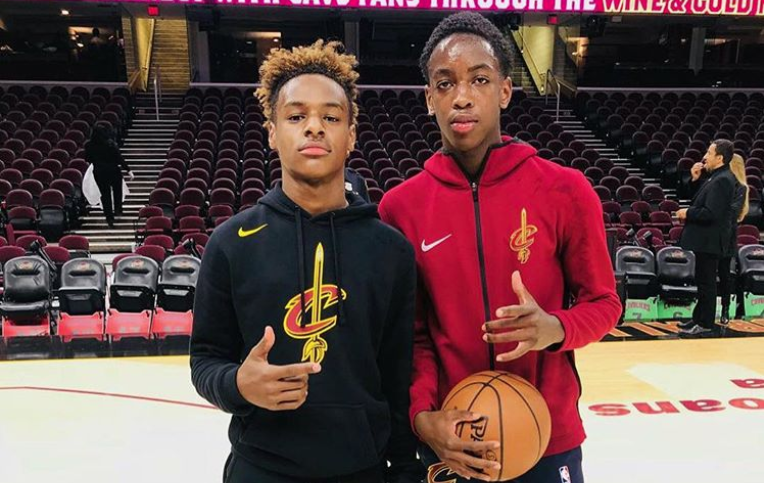 While it will be hard to replace the legacy that former Michigan head coach John Beilien left behind, he may have a bit of help in the form of some incoming prospects with some very famous fathers.

According to a recent report, Dwyane Wade’s son, Zaire, and LeBron James’ son, LeBron Jr. or “Bronny,” could both be headed to Ann Arbor when it’s their time to join the college ranks.

It is unlikely that Zaire Wade and LeBron James Jr. would play together, as they are several years apart in age, but them ending up in the Maize and Blue could signify years of basketball dominance in Ann Arbor.

Both Zaire Wade, 17, and LeBron James Jr., 14, have shown incredible talent at their young ages. Considering the fact that Howard not only played with both of their fathers, but also coached them, it would be no shock to see Michigan end up at the top of their respective lists.

For now, it’s all speculation. Zaire Wade is just now starting receive his first college offers, and LeBron James Jr. is right on the cusp of starting his high school career.

If they do end up playing for Howard, it would certainly bring quite a lot of star power to Big Ten basketball.
[xyz-ihs snippet=”HN-300×250-TextnImage”]