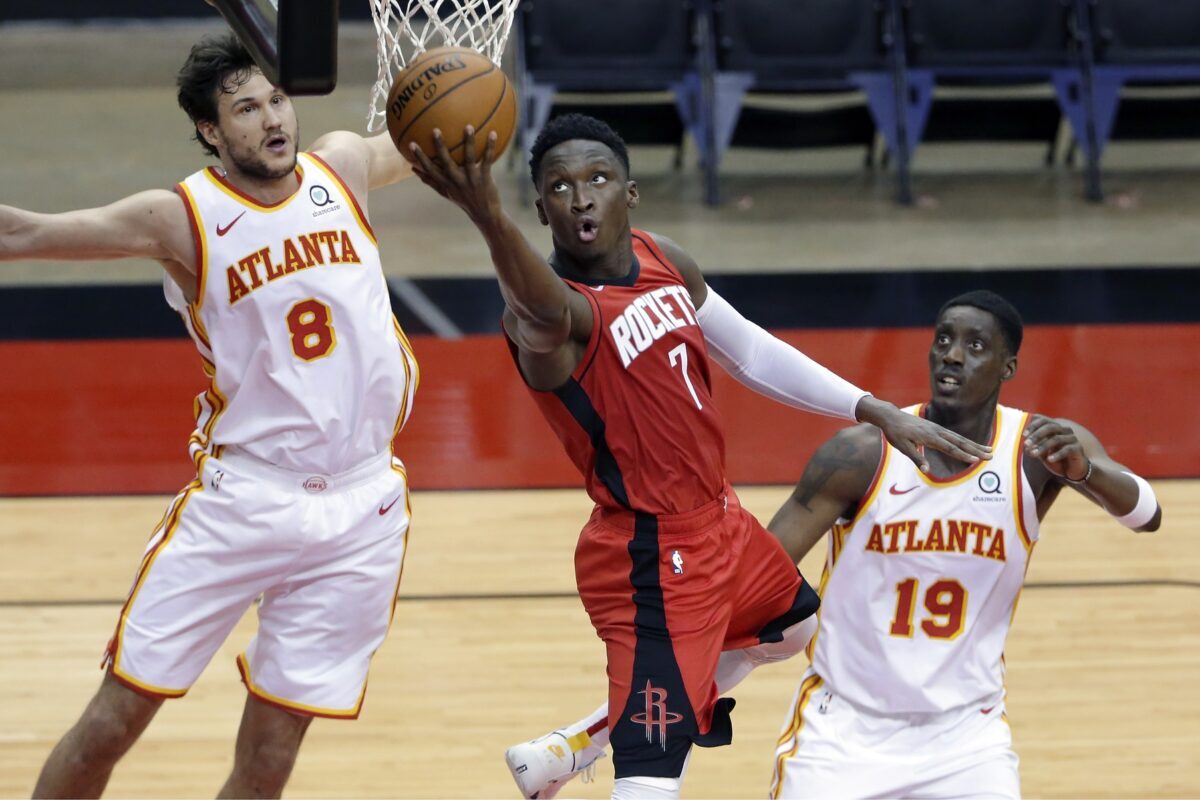 ESPN sports pundit Stephen A. Smith offered a bold statement by indicating that Victor Oladipo’s trade from the Houston Rockets to the Miami Heat wasn’t something that triggered much emotion from his former team.

Smith delivered his comments during “First Take” and noted that the Rockets’ poor performance with Oladipo was at least part of the reason behind the apparent lack of concern over his departure.

“I don’t know what’s going on, and I’m not here to cast any aspersions on them again. I like the brother. I believe in him. I think he’s got a lot of potential. The minute he gets back healthy, he can be a star again in this league. I’m just not figuring out what I’ve seen from Oladipo is going to work this year in Miami.”

Oladipo is currently producing on the court with numbers very close to what he was delivering before serious injuries forced him to miss major portions of the last few NBA seasons.

Now, the Heat are surely hoping that Oladipo can get them back on track in the 2020-21 season. They’ve lost six straight games.

Despite Smith’s assertion, Heat fans are no doubt excited about the pending debut of Oladipo and are more focused on his future with the team than his recent past.