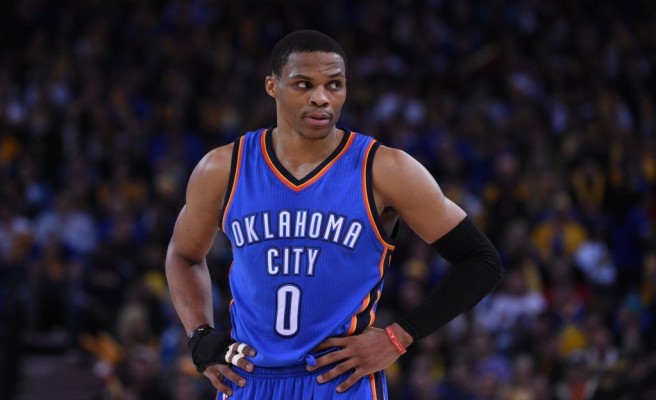 After a rough offseason for the Miami Heat, in which the team lost the face of the franchise in Dwyane Wade, it now seems as though there may be light at the end of the tunnel. After reports surfaced that Oklahoma City Thunder guard Russell Westbrook would not be renegotiating or extending his current contract, the Heat look to be in prime position to make a run at the 27-year-old superstar.

Told emphatically by league source there's no chance Russell Westbrook will do a renegotiation/extension of his contract (one yr remaining).

This past Monday, Ryan DiPentima penned a piece for The Palm Beach Post on how and why the Heat have a solid chance of landing Westbrook by 2017. He listed four key factors that would serve to lure Westbrook to Miami if he grows disinterested in Oklahoma City.

Those four factors are:

2. Possibility of a Trade – The Thunder may wish to deal Westbrook before his contract ends so they can get something in return and the Heat have plenty of young, attractive pieces to offer.

3. Young Core – Miami has a slew of young talent, which represents ideal pieces to build a team around if they could land a superstar to help lead them. Hassan Whiteside, Justise Winslow and Josh Richardson would make excellent teammates for Westbrook.

4. Eastern Conference – Let’s face it, nobody wants to run through the Western Conference gauntlet in the playoffs. If Westbrook signed with the Heat, the team would become instant contenders alongside LeBron James and the Cleveland Cavaliers for the Eastern Conference championship for years to come. Staying in the West, Westbrook would have to find a way to get through the likes of Golden State, San Antonio, and other powerhouses of that magnitude.

More recently, Evan Massey of the Inquisitr wrote a piece that piggybacked DiPentima’s article on why the Heat should be considered amongst the favorites to sign Westbrook.

He also discussed the more-than-likely reality that the Heat would become top contenders in the East if they signed Westbrook. In addition, he brought up a great point about how enticed the six-foot-four guard would be by the chance of facing off against former teammate Kevin Durant for all the marbles:

“A showdown between Westbrook and Durant in the NBA Finals would be must-see television if the Warriors and Heat faced off against each other,” Massey wrote.

“Riley is an aggressive team president, and that will not change. If he sees a chance to bring in one of the top superstars in the NBA, he will do whatever it takes to make that happen.”

Other teams like the Los Angeles Lakers have been reported to be contenders for Westbrook as well. After all, the triple-double machine grew up in L.A. However, Miami clearly has as good a chance as anyone (if not the best chance) to make a move for Westbrook either via trade or through free agency come next summer.

Though Heat fans may be angered by how Riley let Wade slip through his fingers this summer, there is still an unconditional faith in the team’s front office down in Miami. The Heat have gone through some rough patches in the past, but with Riley at the helm, they never seem to be down-and-out for long and always find a way to bounce back.
[xyz-ihs snippet=”Responsive-ImagenText”]