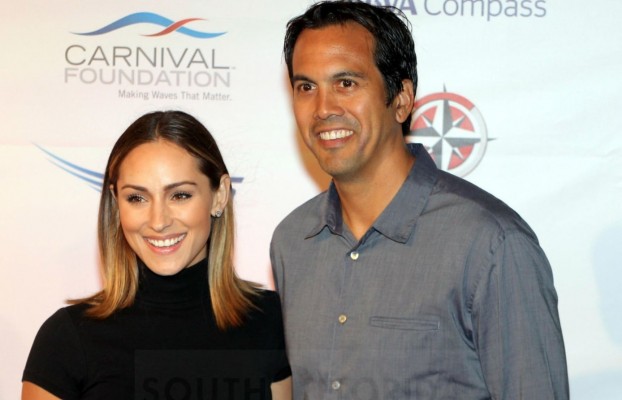 For many NBA players and coaches, life inside the bubble in Orlando, Fla. will mean missing out on important dates and life events.

For example, Miami Heat coach Erik Spoelstra is currently missing his four-year wedding anniversary. Luckily, Spoelstra’s wife, Nikki, took to social media to celebrate the day with her hubby from a distance.

Surely, Erik Spoelstra’s absence is being felt in his home back in South Florida.

Under normal circumstances, the Heat’s 2019-20 season would have already come to an end. Erik Spoelstra and his family would’ve likely been enjoying some kind of lavish summer vacation by this point.

However, any such plans were derailed when the COVID-19 pandemic arrived in the United States. In March, the NBA decided to halt the 2019-20 season after Utah Jazz center Rudy Gobert tested positive for the illness.

It initially seemed as though the NBA would lose the entire season. Instead, the league decided to create a quarantined bubble safe from the virus inside Walt Disney World Resort. This allowed the league to resume its 2019-20 season and hopefully it will ultimately crown a 2020 NBA champion.

While Erik Spoelstra and his Heat players are surely grateful for the opportunity to continue doing with they love, this romantic, yet bittersweet post is a reminder of what they are all sacrificing to get back onto the court.

erik spoelstraFeaturedmiami heatNews Ticker
← Previous Story Goran Dragic Gushes Over Duncan Robinson: ‘He’s the Best Shooter in the League’
Next Story → Bam Adebayo Shows How Ecstatic He Is to Be Out of Quarantine and Back With Miami Heat