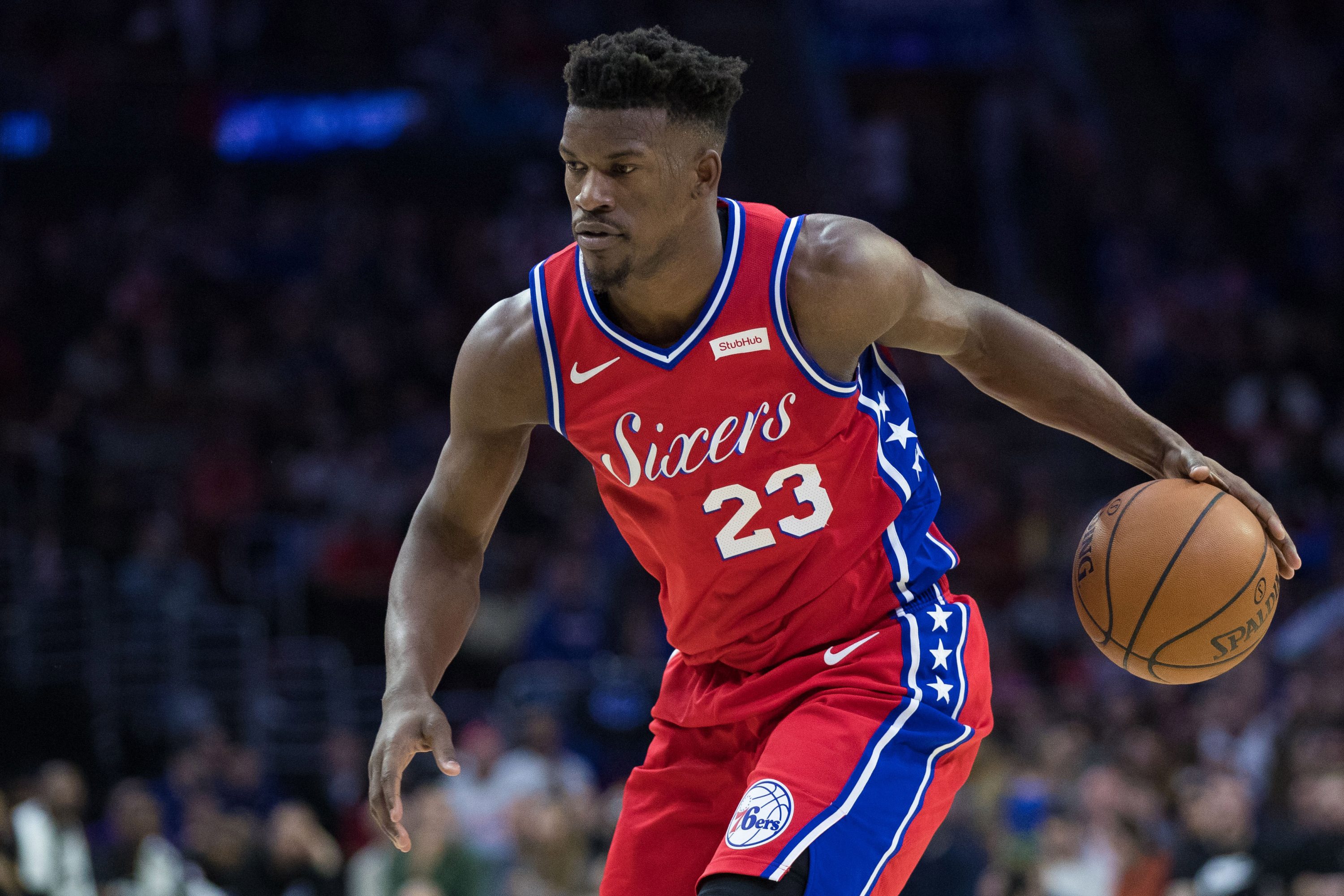 The trade of Jimmy Butler from the Philadelphia 76ers to the Miami Heat was one of the major offseason transactions within the NBA and left some 76ers fans upset about his departure.

In the opinion of 76ers power forward Mike Scott, Philadelphia fans should vigorously boo Butler when he makes his return to the city for games on Nov. 23 and Dec. 13.

"When he does come to Philly, ya'll better boo the s**t out of him. Believe that, you have to. You have to do that and I'm gonna boo with ya'll." – Mike Scott on how to treat Jimmy Butler when he returns to Philly. #Sixers pic.twitter.com/6tAqxbbhAx

Scott offered those comments on Zach Gelb’s sports talk program on CBS Radio, though he also made an effort to indicate that he had no feud with Butler:

“Jimmy is a good dude. For the most part, he’s misunderstood. He’s like me. He’s a man of the people. He doesn’t like when people get bullied and that’s what made me get closer to him.”

Scott and Butler were teammates for less than one season in Philadelphia, with Scott having been acquired from the Los Angeles Clippers near February’s trade deadline. Butler was a strong candidate to leave the 76ers because of his pending free agency, which helped expedite the trade to the Heat. In contrast, Scott’s free agency resulted in his quickly re-signing with the Sixers.

Butler did nothing to alienate 76ers fans during his brief time with the team. In fact, he helped them reach the second round of the NBA playoffs before a dramatic Game 7 loss to the eventual NBA champion Toronto Raptors. However, Philadelphia fans have a notorious reputation for booing, most notably in 1968, when a football game played near Christmas resulted in their booing of a man dressed as Santa Claus.

Being a professional, Butler clearly knows what to expect when he and the Heat play in Philadelphia. Therefore, it’s not likely to bother him at all when he is inundated with boos, and is something that could spur the competitive veteran to delivering a big game.