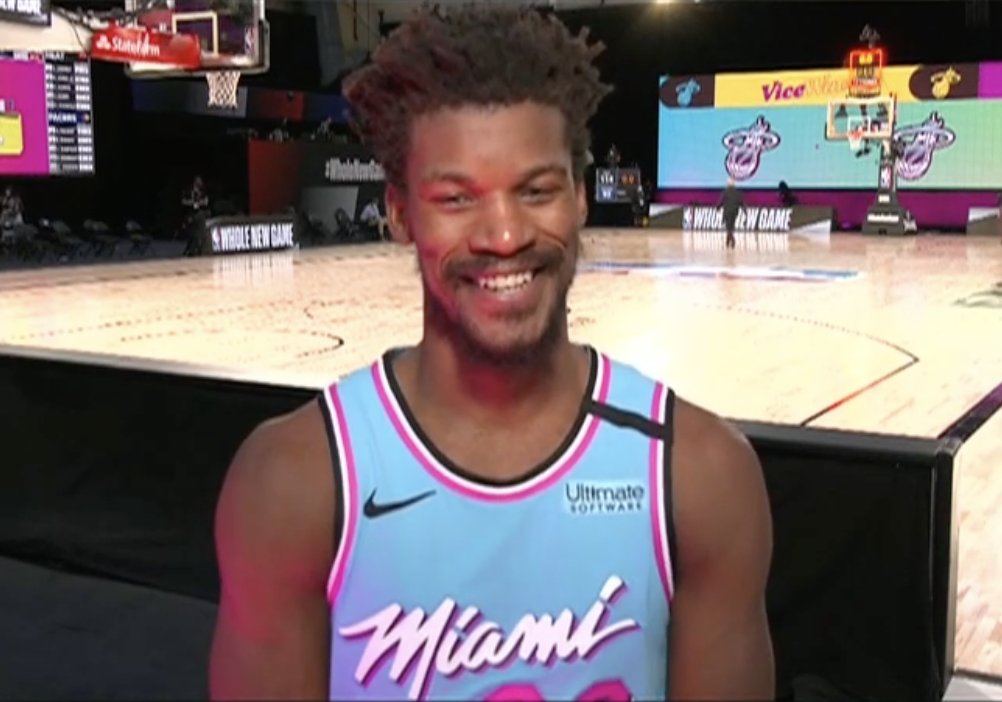 Following the Heat’s blowout victory over the Pacers, Butler shared his friendly thoughts on Warren in a sly way.

"He has been on a tear I will give him that."

Look at that smile on his face lmao this man is a legend 😂 pic.twitter.com/DZQx1zQRCc

"We're very tough when we decide to play like that."

Back in January, Butler and Warren got tangled up in an ugly altercation. Both players exchanged shots at each other before Warren got ejected from the game.

As a result of the pugnacious tussle between both parties, the matchup between the Heat and Pacers on Monday was one of the most anticipated contests in the NBA bubble in Orlando, Fla.

After all, Warren has been one of the best players in the bubble. Prior to Monday’s contest, the Pacers forward was averaging a sizzling 34.8 points per game in the bubble.

Butler, 30, thwarted all of Warren’s momentum on Monday. The Heat’s alpha put up the 19 points, 11 rebounds, five assists and four steals in the massive 114-92 victory.

The Heat held Warren to a mere 12 points and five rebounds.

Warren and the Pacers will have a chance to answer back with a rematch set for Friday.