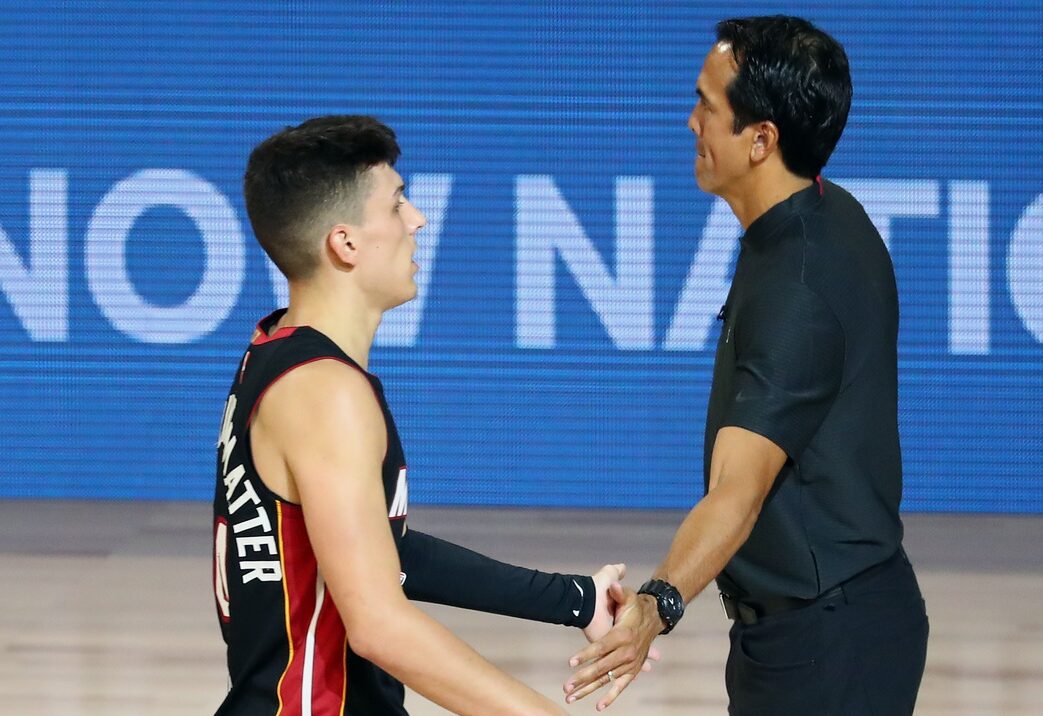 The Miami Heat sent youngster Tyler Herro to the bench to start Friday’s game in favor of veteran Goran Dragic.

“It’s not an indictment on anyone,” Spoelstra said of moving Herro to the bench. “We’re just trying to stabilize it as much as we can. It’s certainly not an indictment on Tyler. He’s going to play starter’s minutes, regardless. He just has to manage whatever the narratives that are out there and continue to give us productive minutes. He’s getting better. His defense was good tonight, and offensively we need his skill set.”

Herro, 21, is in his second season in the league.

The University of Kentucky product only started in eight games during the 2019-20 regular season. He thrived in the second unit and made a name for himself last year.

However, his ascension to the starting group hasn’t helped the Heat much this season. The Heat hold a 8-14 record.

On the bright side, the Heat were able to pick up a gigantic win over the Washington Wizards on Friday night. They smacked the Wizards by a score of 122-95.

In the win, Herro collected 17 points, four boards and four assists. He is putting up a career-high 17.2 points 6.0 rebounds and 3.9 dimes per game this season.