Report: Chris Bosh Claims to Be Working out and ‘Feeling Great’ 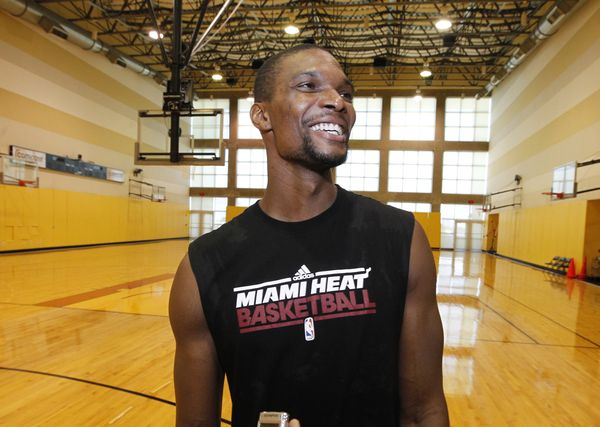 Since being ruled out of the All-Star Game nearly a month ago, there has been very little update regarding Chris Bosh’s health status.

While speculation has run rampant that the Miami Heat forward is battling another blood clot—this time in his calf—there has been no confirmation that this is official.

Although we still don’t know what type of ailment Bosh is battling through, the 31-year-old provided an update on his well-being through a Twitter post over the weekend:

In more positive news regarding Bosh, coach Erik Spoelstra stated on Sunday that the veteran will work out with the team’s coaching staff:

“Not necessarily with the team. But, yeah, he’ll work out with the staff. He’s staying engaged and he’s in great spirits. And that never surprised me with C.B.”

While the team obviously misses its starting power forward, the team is on a hot streak without him—the Heat have gone 8-2 in his absence and are currently on a five-game winning streak.

A timetable for Bosh’s return has yet to be announced, but it’s a step in the right direction to see that he’s doing well and will be physically engaged with the team’s staff moving forward.
[xyz-ihs snippet=”Responsive-Ad”]